This weekend was the Boondocks race at Northstar. Boondocks is probably one of the most fun courses you can race around here for downhill. It’s so fast but with just the right mix of jumps, rocks, crazy lines and requisite endurance. It’s really not to be missed. Sticks and Stones is the other to get to. 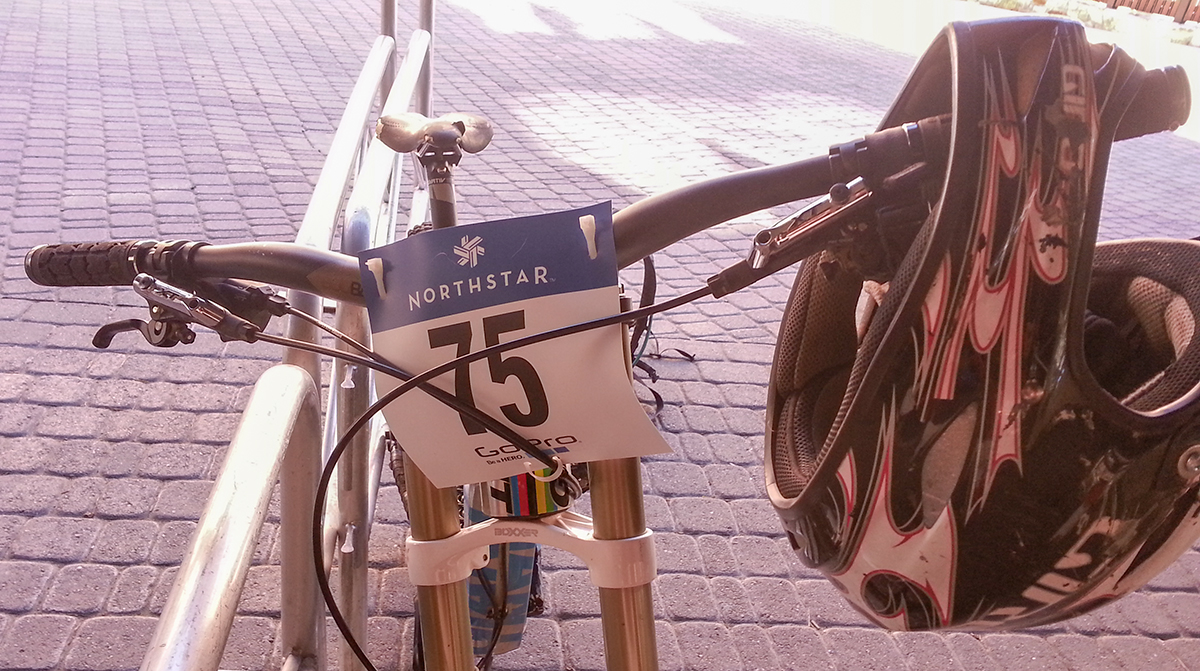 I really hadn’t planned on racing this weekend. I haven’t been much in the mood for racing in the past few years. Focusing much more on fun but going fast. Still, I was at the mountain, Davey Simon was racing, and he kind of lit the fire under my ass to post a time. $40 to get four minutes of validation.

This pile of garbage was my drivetrain post ‘caught stick’ explosion the day before. Two broken spokes, shattered derailure, sheered hanger, snapped cable. It was a mess. Got it all fixed at lunch except for the two broken spokes. I was racing on a very wonkey rear wheel. Shifting was nice though. 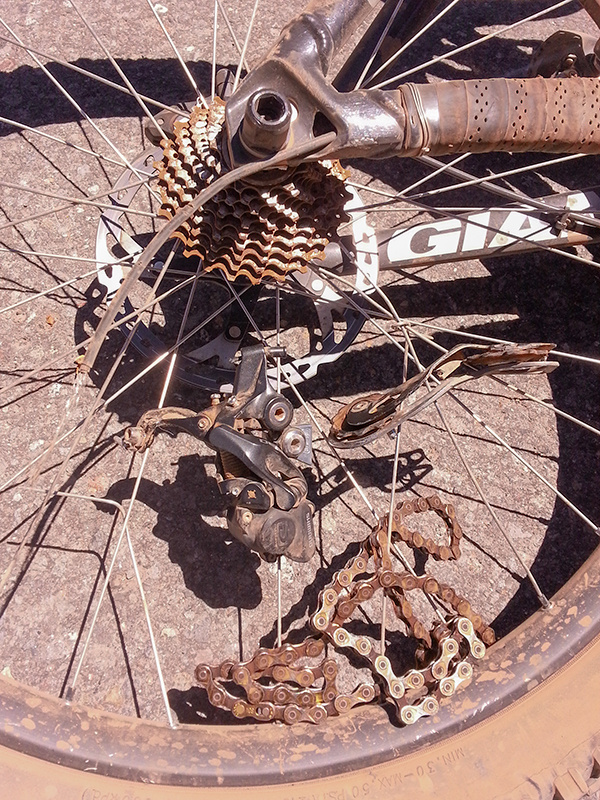 I don’t like downhill racing much. Sure, it’s great once in the gate and onto the course where it’s just you and the suffering. Talking shit at the top and telling fish stories at the bottom are all cool. What I don’t like is the planning, the preparing, the dedication to doing practice runs down a single trail to the exclusion of so many others. I just get two wrapped up and slowly stop having fun. Boondocks is tempting enough to get me past all that and I’ve been having so much fun and feeling so good on the trail recently. I didn’t even consider racing, though, until Saturday afternoon. I went with Davey to get him some runs. Before I was done with the very entry of the trail I knew that I wanted to race. I was feeling hot.

So, the race comes. I take a couple of practice runs. I keep my head together and don’t wear myself out ahead of time. I gate….the buzzerl…..and feel horrible. I was just off kilter. So off. I felt tired. I wasn’t smooth. I made silly mistakes. It wasn’t a good run. I was riding not to crash, playing it safe, and I wasn’t in my groove. Still, I didn’t crash. Mistakes were corrected for. I kept charging to the end even though I was way past exhausted. It hurt but it was over.

I ended up with 5th of 6 in CAT1-40+. It’s a tough class. We were packed together pretty good. Ryan was definitely crushed putting in the hero effort. He was looking like a broken man after his effort. Good for him. Solid fast!

Since all the racers of the day went down the same course and conditions were fairly consistent, I made this cool chart. Rather than break out classes, I charted for everyone as the timing posts were done. I kept everyone in the same pool, men and women, young and old. I did throw out two times. A woman that had a 12+minute time and one guy who rode the course on a wheelchair (Sean Simonson, #421. FUCK YES!). I did leave four stragglers in the chart as things warranted. These were just too great of outliers to include. I then tried to make sence of what makes for a PRO time vs a CAT1 vs a CAT2 vs a CAT 3. I came up with a distribution of 0-15% PRO, 16-35% CAT1, 36-70% CAT2, and 70-100% CAT3. This give enough riders in each class to make a quorum but also makes sense when looking at the speeds riders did.

Being honest and looking at real times rather than self selecting classes and disregarding for age, my 4:20.44 puts me right on the line between CAT1 and CAT 2. Given my age of 44, I’d say that that’s pretty solid. It wasn’t my best run so another race or two looking at things like this could give a much more accurate picture. In the end, it just sucks to get old. Still, it’s obvious by my results within my age that myself and at least the four others ahead of me are in just the right group. That’s pretty cool.

Here’s some real analysis of the data. applying Cumulative and probability gamma curves to the data and the actual histogram, we see that 4:18 is where times trend, mading it a natural division between the CAT1 and CAT2 riders.

Congrats to Mikey Sylvestri and the other guys in the top 5. It’s clear to see that he and the other four were doing something very different on course than everyone else. I’d love to see those runs.