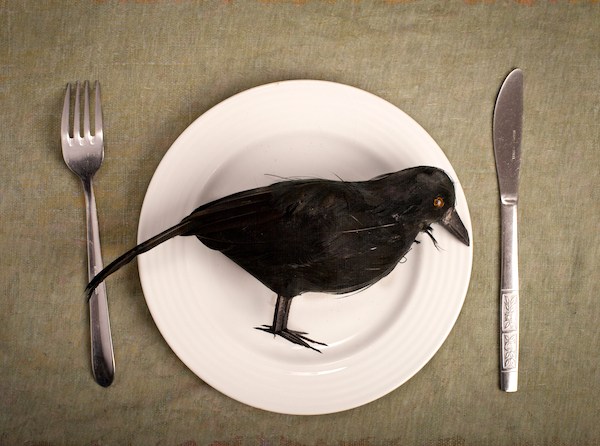 Today is my day to eat some crow.

Attentive readers will know of my work on brake caliper mount locations and a tool for attaching flat mount caliper bosses in the correct location. I’ve been pretty proud of this work. It cleans up a big mess.

Devin Bodony of Lichen Precision, a machinist bro that I’ve used from time to time to make my parts and discussed the goals in making a nice tools, today released his new Universal Flat Mount and Post Mount brake tab fixture. It’s a really nice tool. 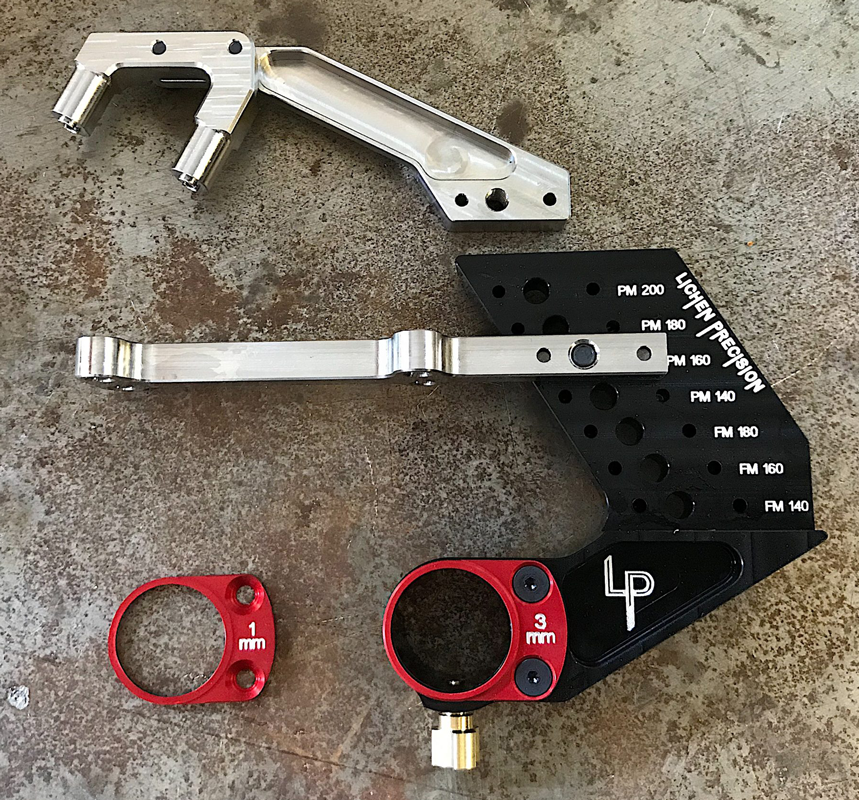 I like my tool a lot better but I’m partial. Of course.

The point of this post is to show a design detail that Devin saw and I didn’t. Ugh. I hate that! Why didn’t I see the obvious! I dismissed being able to use one fixture to do both FM and PM systems. It seemed to awkward and not worth the effort given the ease of making two tools optimized but using the same principles. I was also determined to have something that worked down to 120mm rotors. I still believe this. Still, I didn’t see one thing that Devin did.

What makes this tool special is that Devin figured by making the translation paths of the Post Mount and Flat Mount system parallel, the same base frame can be used with the two different arms. I hadn’t seen that until just now. Dam. It’s so obvious but I didn’t see it.

Below I show PM60 with FM32 overlayed. Everything checks out. The 28 degree (in this case) tilt from one arm to the other, while messy on the page, is in fact clean and elegant in the end use in the way Devin has. 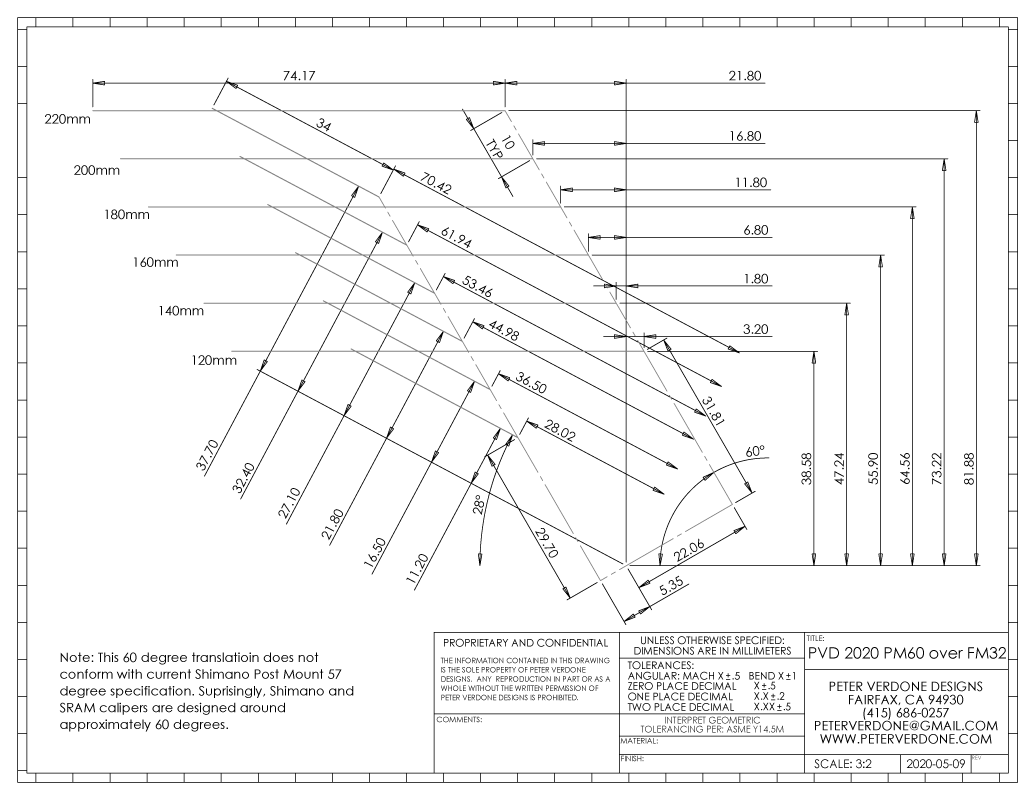