I build bikes, I tune bikes, and I ride bikes. I design them to work just right and then I ride them and find out if they really do. As a constructor, I’m ensuring that what’s on the paper matches what gets painted but most importantly, that what get’s painted isn’t going to get somebody (uh…me) hurt. It’s a complex spiral that constantly mixes ideas, concepts, and realities. It teaches me a lot.

Today was one of the days you don’t look forward to. The day you find out if your bike was really constructed properly. I crashed hard. Hard enough to break my bike. Still, everything went just right. 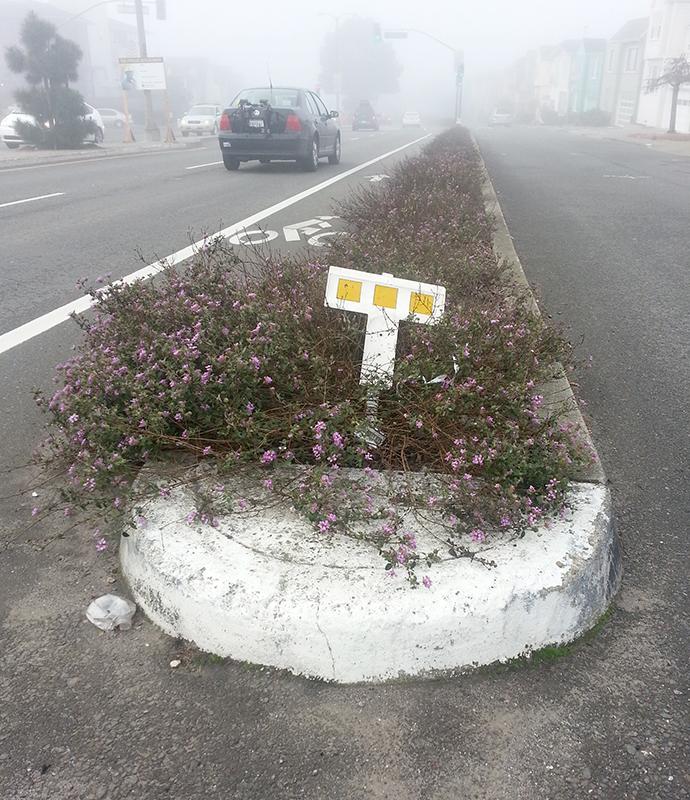 I was doing my usual, riding to work through San Francisco on my way to work. I was on my PVD Bird of Prey. Once my road bike but now my city commute bike. Flat bars have replaced the drop bars and the parts a bit more aggressive and playful. It’s perfect for the urban landscape and quickly covering ground. Lately, I’ve been riding over Portola (Twin Peaks) rather than Great Highway (Ocean Beach) from the Golden Gate Bridge where I get off the bus from San Rafael. San Francisco is an odd town to ride in. Crazy weather and micro climates, steep hills and fast descents. You get really hot and cool off really quick.

After cresting the hill, I took my hands from the bars and went to put my headband to stay warm in preparation for the fast and cold drop into Portola and SFSU. In the second that I was fussing and couldn’t see and was distracted, my bike and I veered to the right. I was going at a quick pace and was suddenly aimed straight toward an island divide in the road. Just as I was able to get my hands back to the bars, my wheel rammed hard into straight into the center of the leading curb and I crushed through the bike. I was slapped face first into the ground and the inside edge of the curb. Things happen quick in a crash. Also, face slams just aren’t fun. One good thing about them is that you don’t feel much. There’s a quick numbing effect that the body produces in this situation, especially in the face. It was enough that I had to feel around with my hand to find if my nose was broken or lip split, or teeth intact. Split lip, swelling, lots of blood, but basically OK. I’m actually really shocked that I got off as easy as I did. I could have shattered all my teeth, broken a few of the bones in my face, or far worse. Still lucky.

The bike frame and front wheel, on the other hand, are dead. 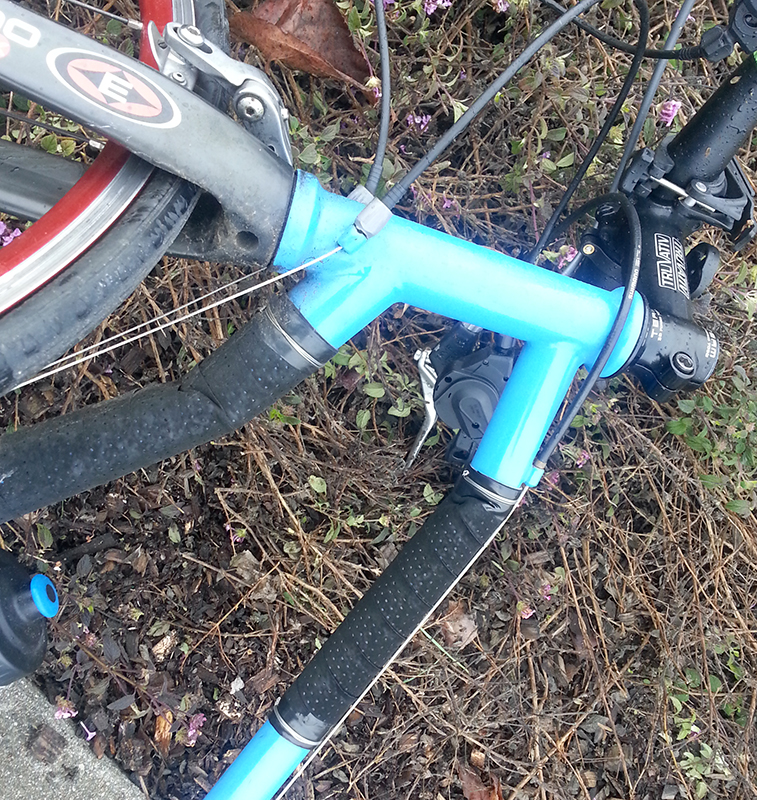 The frame broke as it should. Yes, there is a proper way for a bike to break. Notice that each of the three tube failure points are in the transition region of the butted tube. Mostly all steel bikes (and other types) use butted tubes, thick at the ends and thin in the middle. See that the failure is nowhere near the weld or heat effected zone created during welding.

No frame should be expected to survive being pushed well past its design limits and ramming this curb is definitely out side that area. Lightweight and comfortable frames have abuse limits well below those of market grade commodity frames. Generally, you have to decide – do you want a light fast and comfortable bike or one that will survive an Armageddon? You can’t have both.

Note that the Easton EC90SLX fork survived the crash with no apparent issue. Yes. Carbon is far superior to steel for bicycle frames. Tell your hipster friends to shut the fuck up. Carbon is rad. 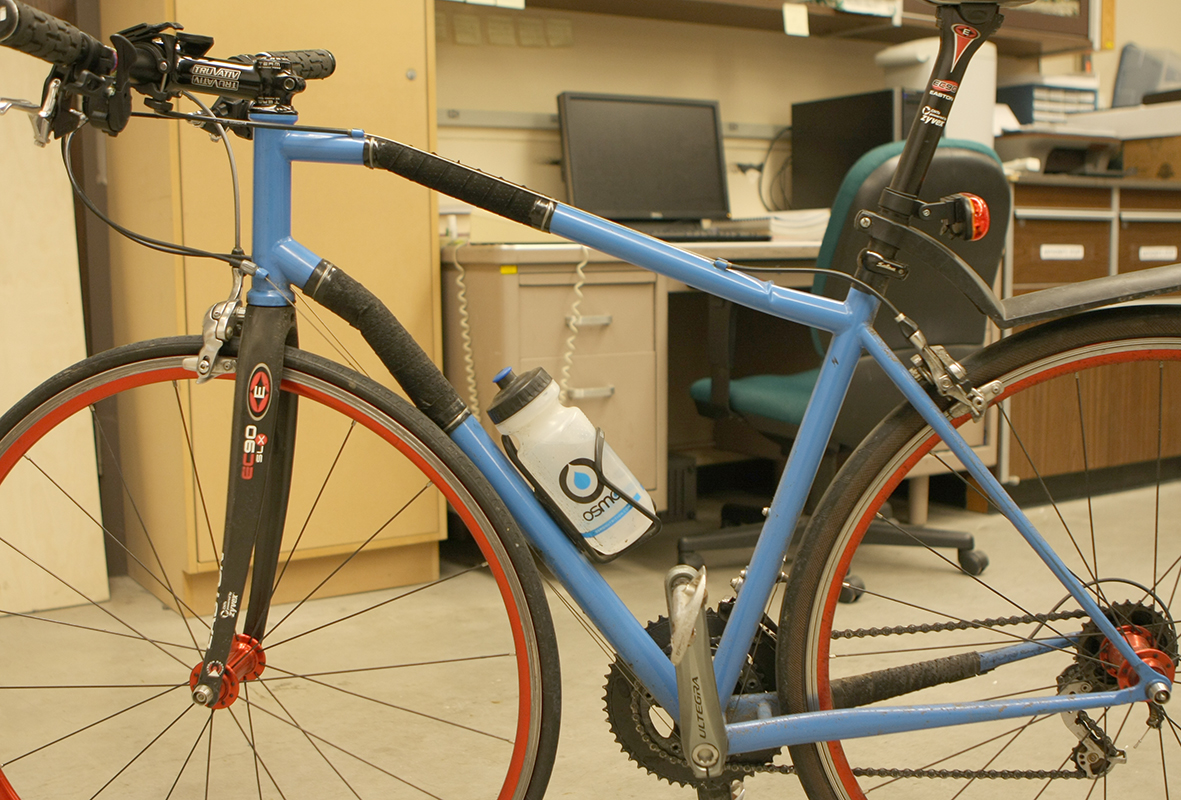 I’ve broken a few bikes in my years. Another bike that I built a few years ago, I broke had just three rides on it before I rammed it front wheel first straight into the ground. I hooked a lip doing a drop on Mt Tamalpais. My mistake at the lip pitched me straight down into the ground from four feet up. My weight was perfectly centered almost balanced over the front wheel during the crash. This channeled all the force into the frame. The down tube bowed until it finally gave way. I literally watched this happen during the crash. I bruised a few internal organs in that crash and couldn’t breath well for six weeks. Still, the tube broke like the others, at he transition of the tube’s butt.

Notice that even where the top tube connects to the head tube, the head tube has buckled under the load. The weld is fine and the head tube didn’t tear. Pretty good considering I’m the engineer behind that head tube. 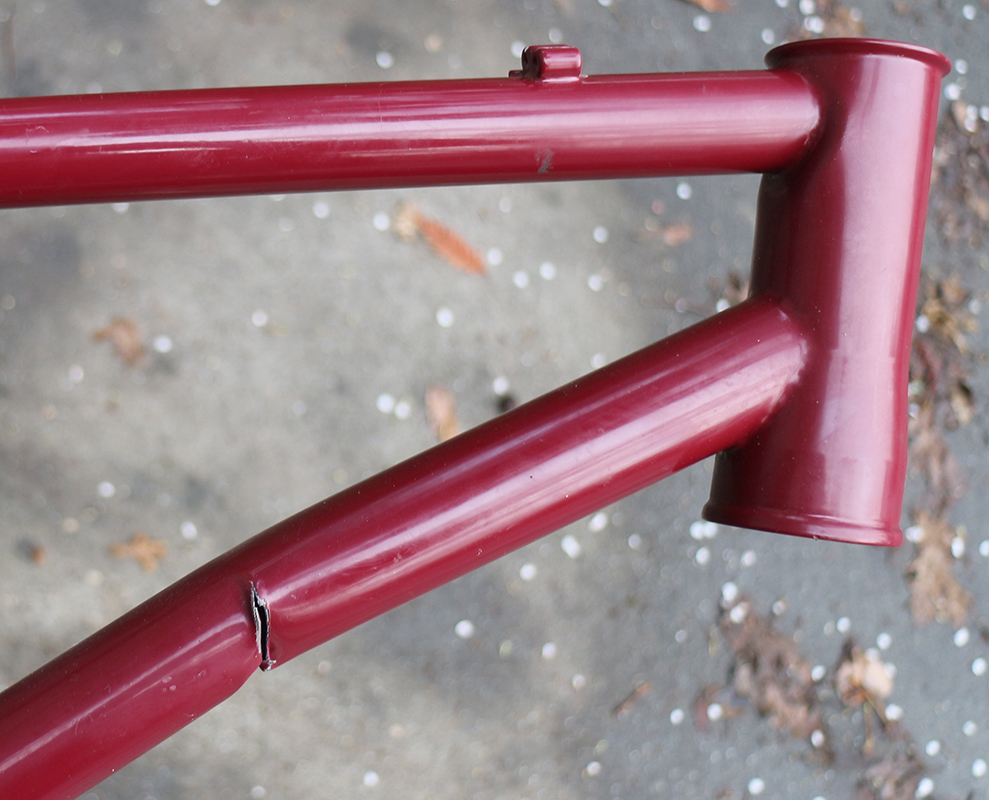 My evil ex-wife destroyed the bike I built for her by driving into a carport with it was attached to the roof rack of her car. Again, tubes buckled at the transition. Marriage failed. Bike failed. But at least I built the frame well. Note that, again, the carbon fiber fork (Easton EC90SL) is apparently not compromised in the damage. 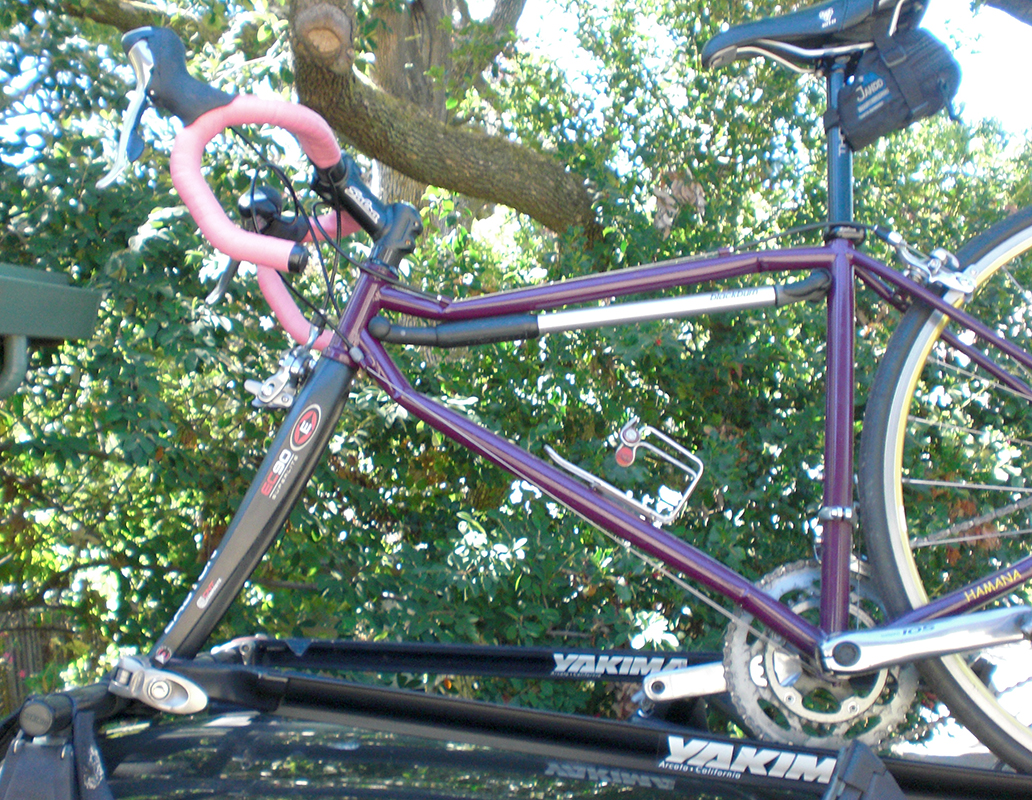