There are a few legends in the cycling world. For geeks like me and for the shredders, Hadley is up near the top of the list.

Mike Hadley has been making hubs for a long time. You could make an argument that they are the best hubs ever made. You could also make an argument against that. Personally, I love that I love them and hate that I do. The hubs are built more like a jet turbine than a traditional bicycle hub. The workmanship and attention to detail is on par with Chris King or better. Why? Cause Mike makes them. FTW!

I’m pretty sure I met Mike a long time ago at Sea Otter. We were camping out next to a crew and one of the guys was talking about the awesome hubs they were making. We talked into the night. Not sure, but I like to think it was him. 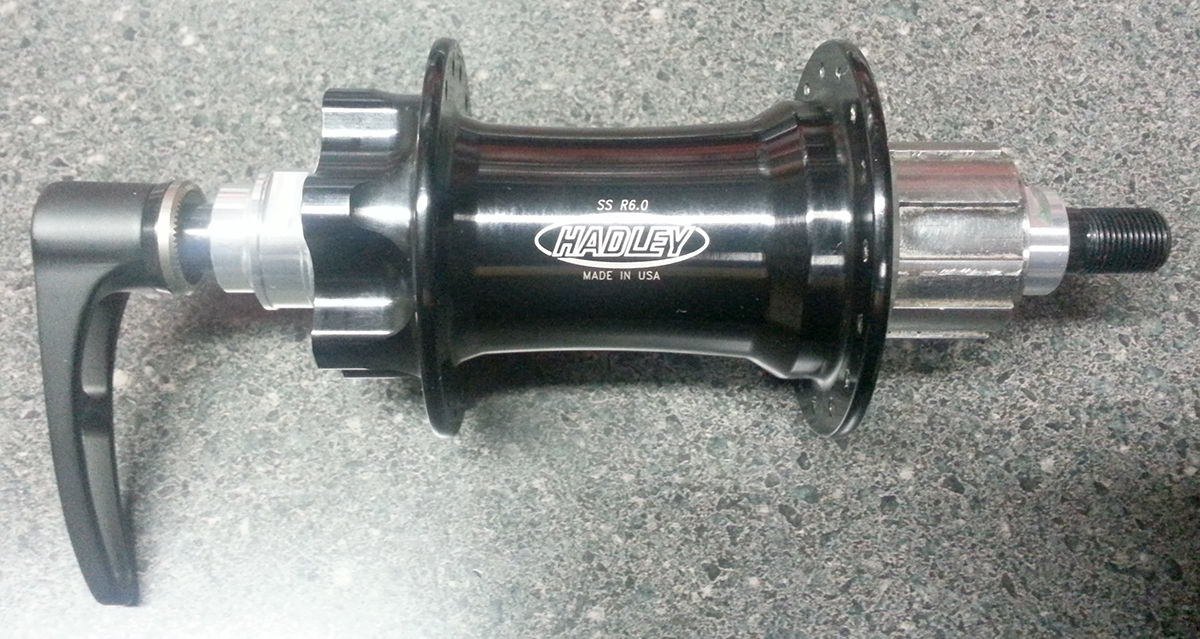 One of the things that makes Hadley hubs so cool is that you don’t see them just anywhere. For a while, it was just gravity pro’s early in the disc era and a few people in the know. For a while, no real downhill race bike was complete without a set of Hadley hubs.

Over the years, it’s become so clear to me what Hadley is doing. You come to him, he doesn’t come to you. He’s the man. He makes the best. Want some? Better hope they answer the phone. The phone. How many businesses in cycling still use the telephone as the primary communication tool? I’d pretty crazy these days but one word brings it all home – AUTHENTIC. In a world full of hype, trends, and marketing over quality, Hadley is none of that. It’s simple. Give a call. He or his wife will answer. Place your order. Legit.

I’ve owned a few of these gems. Here’s one of my favorites, the SS R6.0 Singlespeed hub. I believe that they are up to R10.0 at this point, but the changes probably aren’t worth worrying about. This is a proven hub.

This hub has been on a bike of mine since 2005. That’s a pretty long run. Thanks to Mike’s awesome design and servicing of his product, I’m cutting the hub from the 26″ wheel and building it into a 27.5″ wheel (Arch EX). I’m also servicing the spent bearings, palls, spring, seals, and changing the axle from 135x10QR to 142x12TA. The wheels should be good for another 10 years after that. Very cool.

With the Arch EX 27.5″ rim, the spokes on both sides will be 274 mm. The flanges are centered over the rim resulting in equal tension on each side.  The flanges are wide but not as wide as they could be as space restrictions due to the disk rotor mount side and caliper clearance. The flange could crowd wider into the sprocket area and still leave a 50 mm chainline, but that would result in lower tension on the drive side, Not preferred. This leaves a possible six speed configuration (PVD 2006) using the hub. Very rad.

I needed to install two new 6804-2RS bearings (32mm X 20mm X 7mm). These Enduro bearings were used. The original bearings were unmarked. They look Japanese but I can’t be sure. They looked like good quality stuff. We’ll see how long these last. 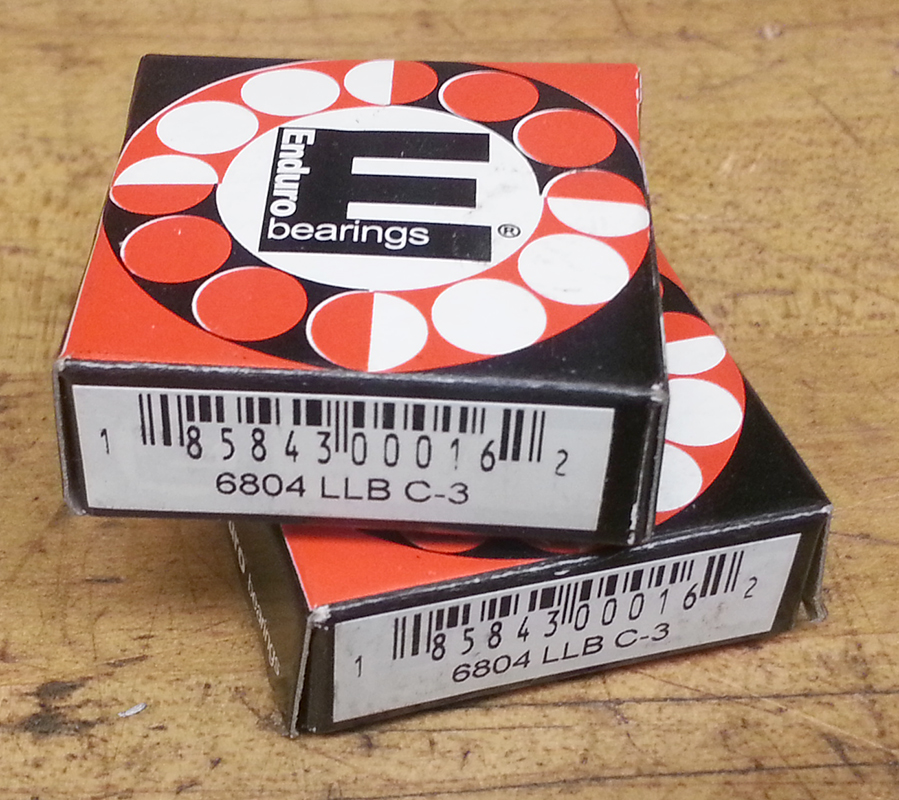 Unlike most hubs in the bicycle industry, these bearings are removed from one side. A spacer is between them and the end bearing is held in place with a lock ring. The inner races are completely fixed and the outer races are fixed via the outboard face rather than the inside according to the load direction. It is really the right way to do it. Having a press handy and a lathe to trim a push rod made the work nice and easy.

In the pictures below, you will see me pushing bearings in via the inner race. Pretty poor form. They should be pressed into place via the inside and outside race together. I was taking shortcuts. This being a bicycle, it’s pretty tolerant to things like this. A gentle touch and some care will allow you to get away with a lot..also $3 bearings. 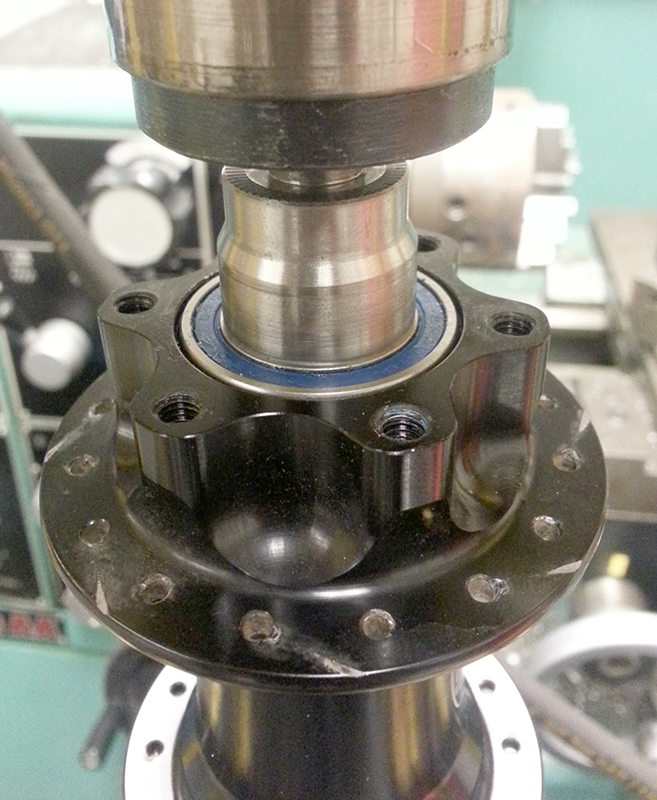 Not all of the service parts were needed. The freehub bearings were fine so I left them in place and I’ll save the new one’s for later if needed. 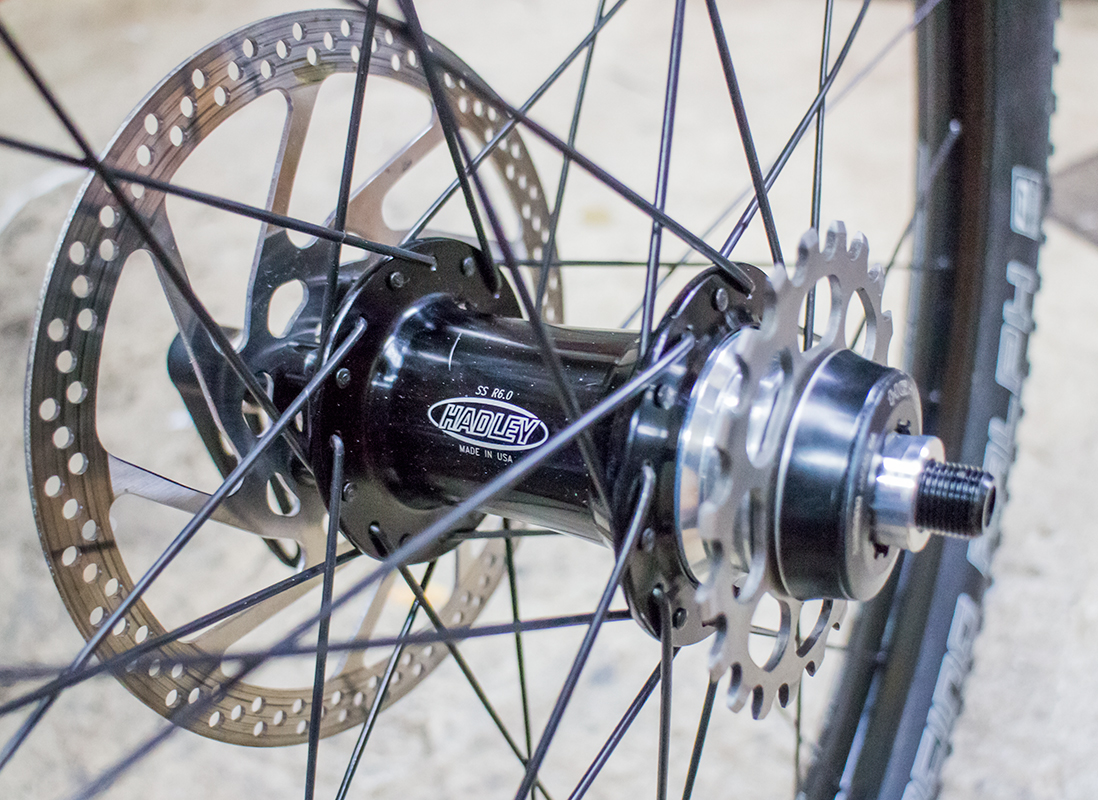