Saddle Setback is often referenced when transferring a rider fit from bike to bike. There is a danger to generalize this setup dimension and get religious without paying attention to true details. The point of this post is that a rider and fitter need to pay close attention to the details of this saddle placement.

In the cycling fit world, saddle setback is defined as the distance (horizontally) between the bottom bracket and the tip of the saddle nose. Often, it is used with saddle height to place the saddle in the proper position for a rider over the cranks.

Here’s a great writeup on setback by Steve Hogg and the infamous ‘Myth of KOPS’ writeup by Keith Bontrager. I like what Hogg says a lot. Fit is an organic thing and many factors get considered.

A problem here, most saddles have very different relationships between the sitting bone settling point on the saddle and the saddle nose. Many educated folk have known of this for years, but recently, many saddles have been produced with much longer nose extension than in the past. This allows the rider to use a better variety of body positions over the course of a ride/race. Thus, using the saddle nose or the midpoint of the saddle will result in erroneous setups if caution is not used. Simply, using the center of the saddle rails projected vertically to the top of the saddle instead (while not perfect) provides a far more consistent placement of the saddle from bike to bike.

The Cutter saddle projects it’s nose 170mm ahead of the center of the rails, the Silverado 158mm, and the Devo 149mm. Adjusting for this will make transferring fits based on saddle setback from bike to bike a far smoother operation than in the past. 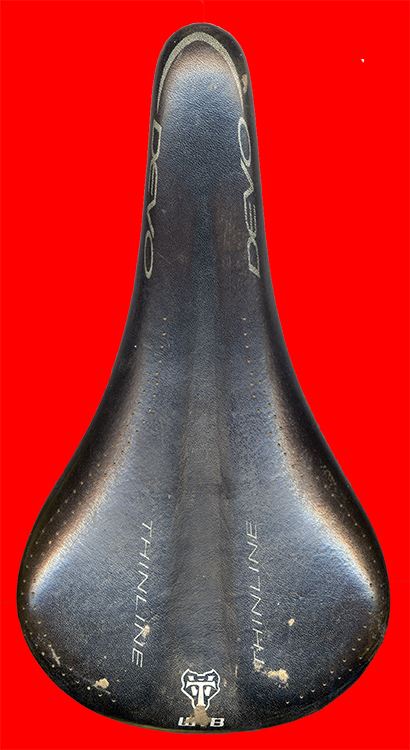