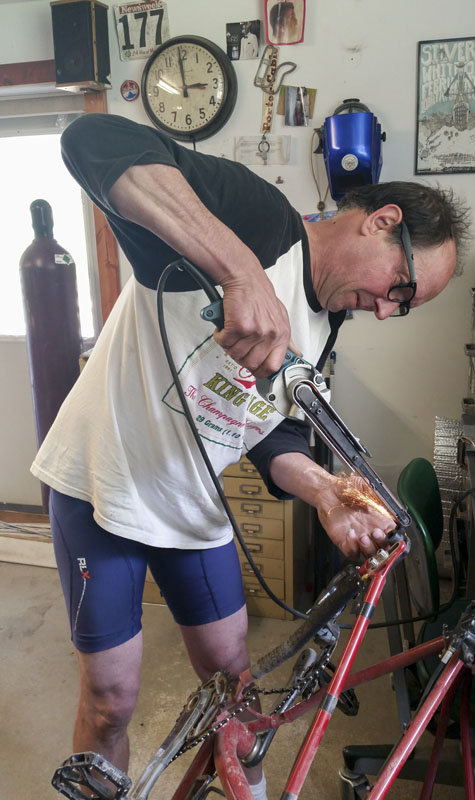 Ron Andrews is a bike industry legend. He’s been around longer than almost anybody. From the early days of Fat City Cycles to Yeti, and today, he’s the man behind King Cage, pretty much the nicest water bottle cages and accessories you can get. Besides his tooling prowess he’s a fun guy to be around and always the guy to go see.

Here’s an interview I did with him at NAHBS2017 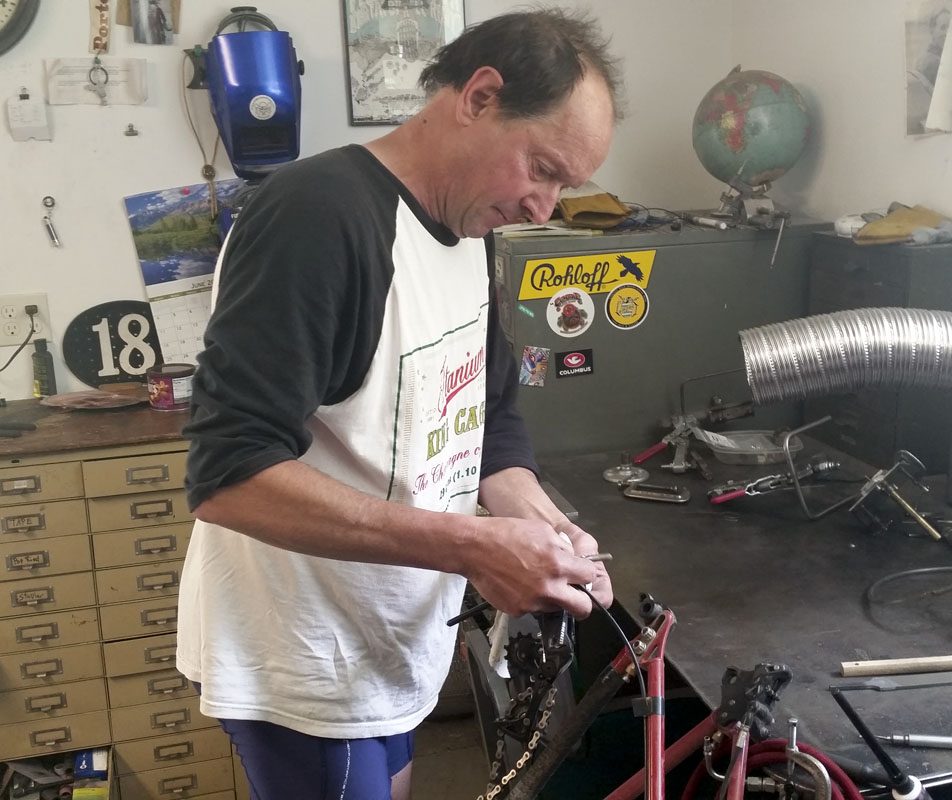 We were in Durango and Ron asked us out on a quick 4th of July ride up to the bridge on Junction Creek Trail in Durango. It’s just up the road from where he lives and made for a casual start to our stay here. We’d been in town about 30 minutes before getting invited. Sweet. 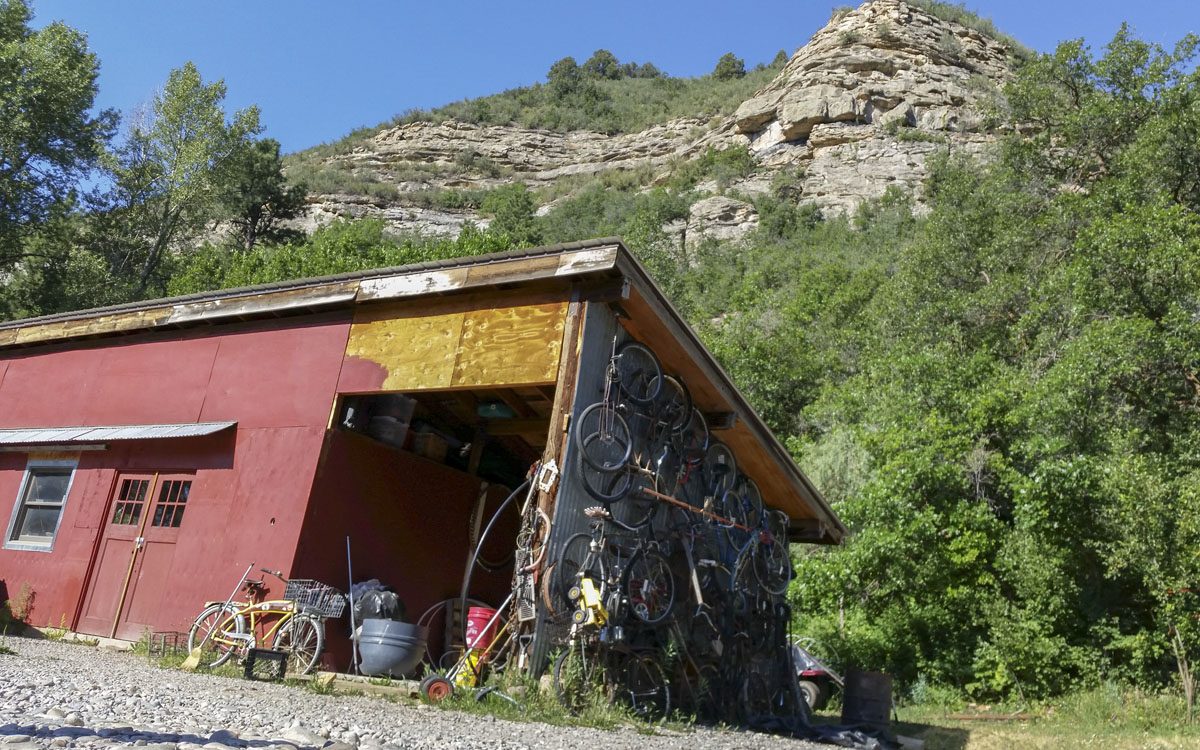 Unloading the Red Baron, I found why I was having a shifting issue on my last ride. The tab on the derailleur hanger was cut to low and the derailleur was swinging past it. No tension on the chain and a pulley rolling against the cog will turn to obvious crap shifting.

Ron and I had tried to fix the problem by banging the tab down closer with a hammer and punch. That didn’t do anything, it didn’t bend. Then we looped some copper wire around it, that seemed to work. Later on the trail, it failed. Still, it lasted until the bridge. 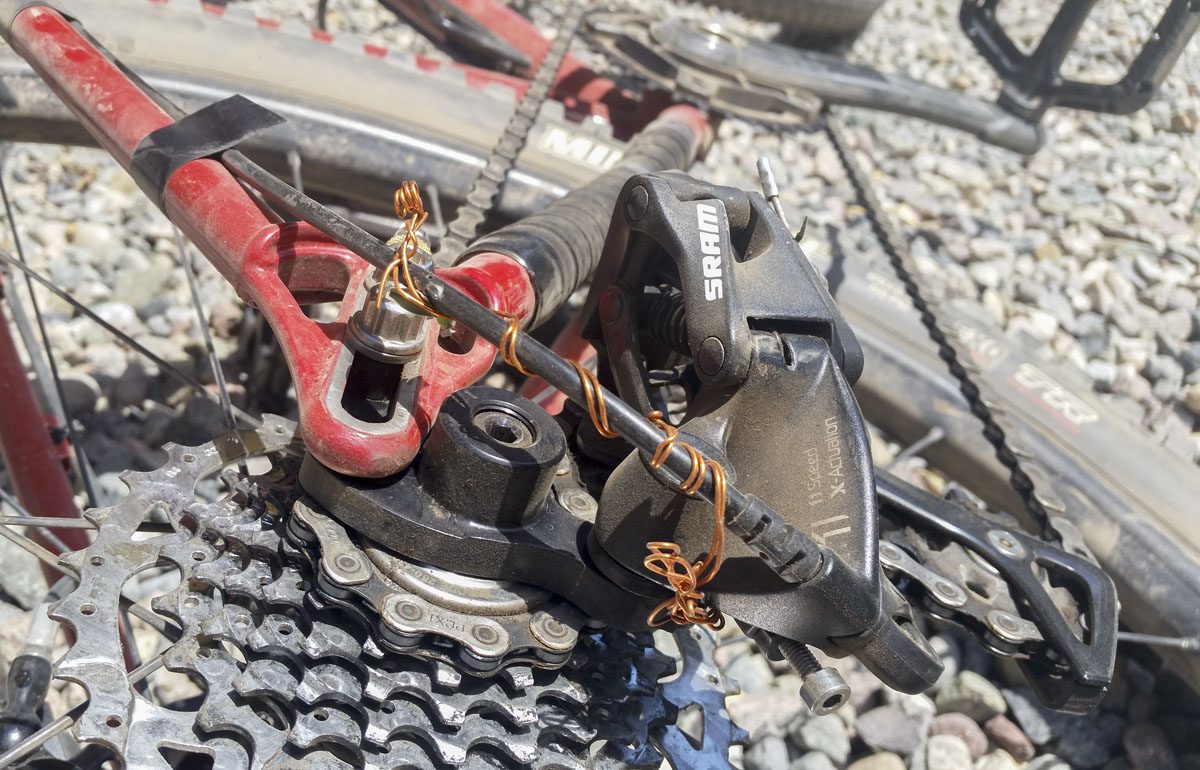 Once back to Ron’s shop, we drilled and pinned the hanger to protrude more but as we were rushing and didn’t do our calculus, the pin was too short. We then welded onto the pin to add to it’s posture. That looked good but broke immediately. 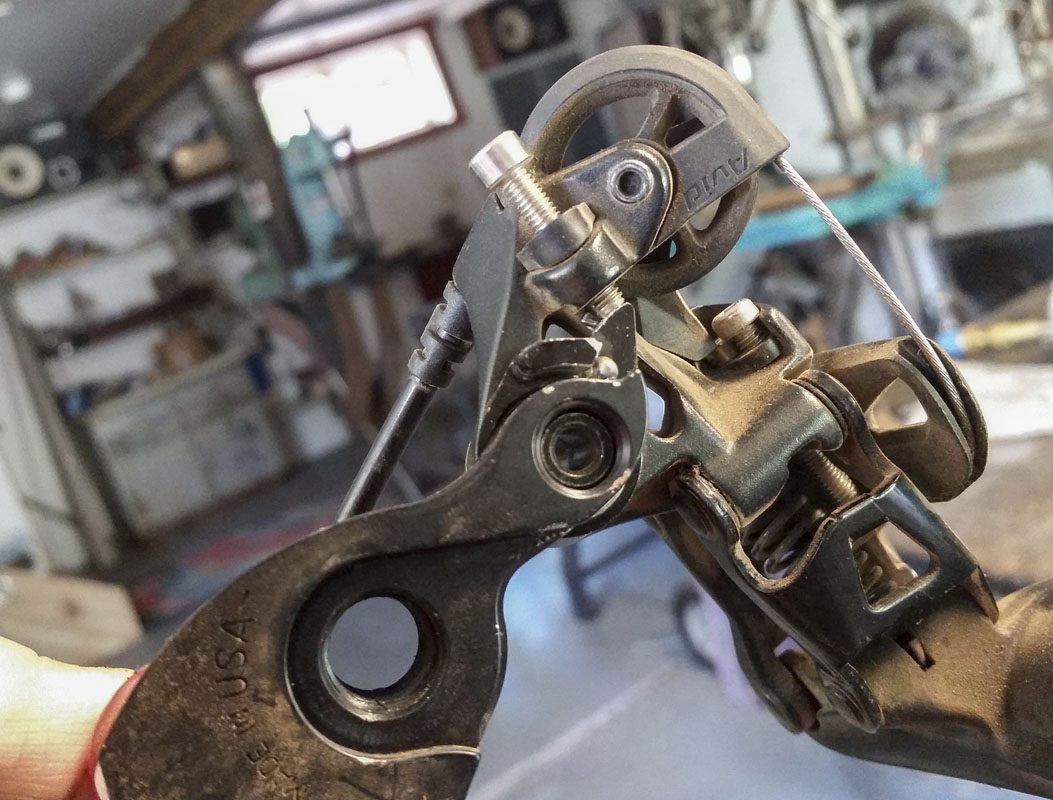 Finally, in desperation, the titanium came out. A titanium shim wired in place with some titanium wire. Trick as HELL! It was fun working with Ron on this. Totally hacking away at this thing to get it working. Two guys with lots of experience just giving it all a shot. 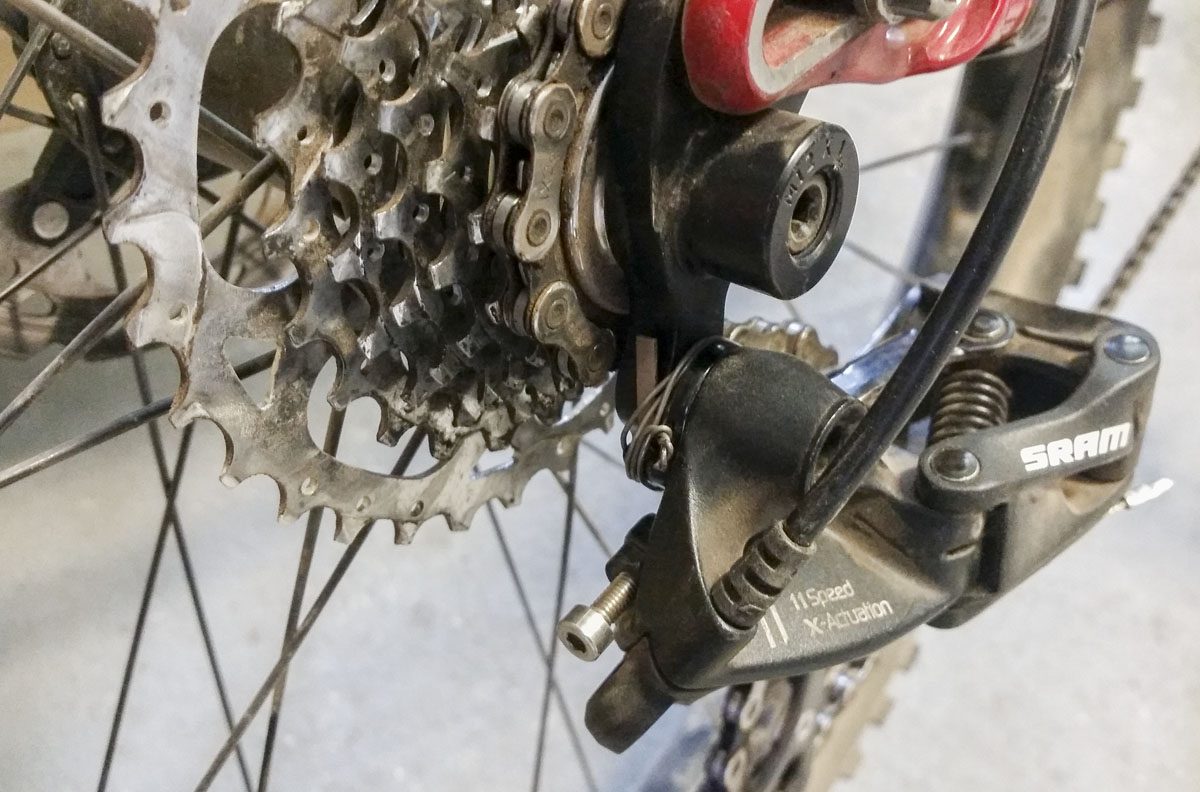 It worked great! The next day was a shuttle run down the Colorado Trail from Kennebec Pass (11,683ft). Proof of badassery, Ron is drove us to the top! This man is paying one forward!!! 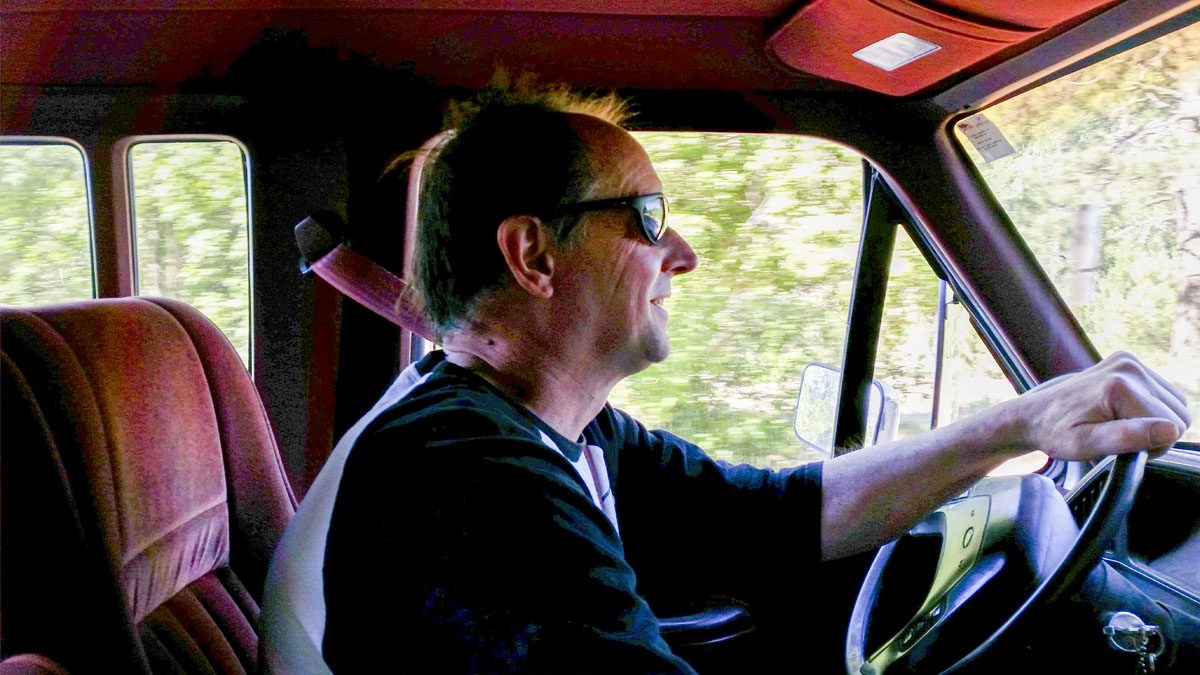 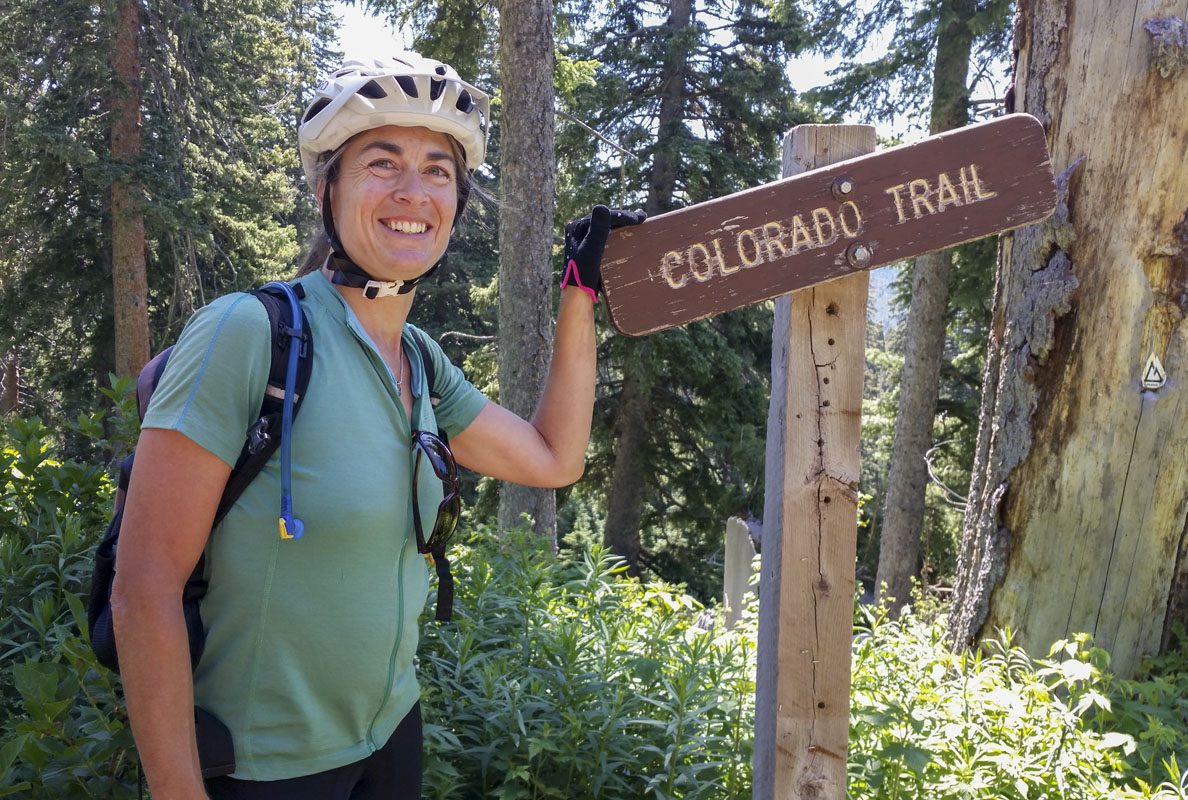