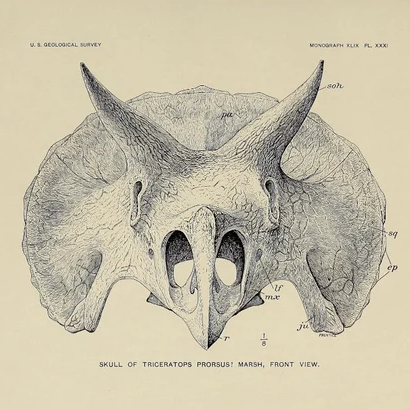 Construction of Windy’s new mountain bike is underway. Among the details that needed working out was the head tube. In optimizing the geometry, space got a bit tricky at the head of the bike. I wanted to free up some rider space for her and that means keeping the top tube low. That meant using a very short head tube. Short head tubes are not sold. That meant making another 85mm head tube.

My last 85mm head tube was a machined type that was used on the PVD Supermarine Spitfire klunker. I really liked that design. 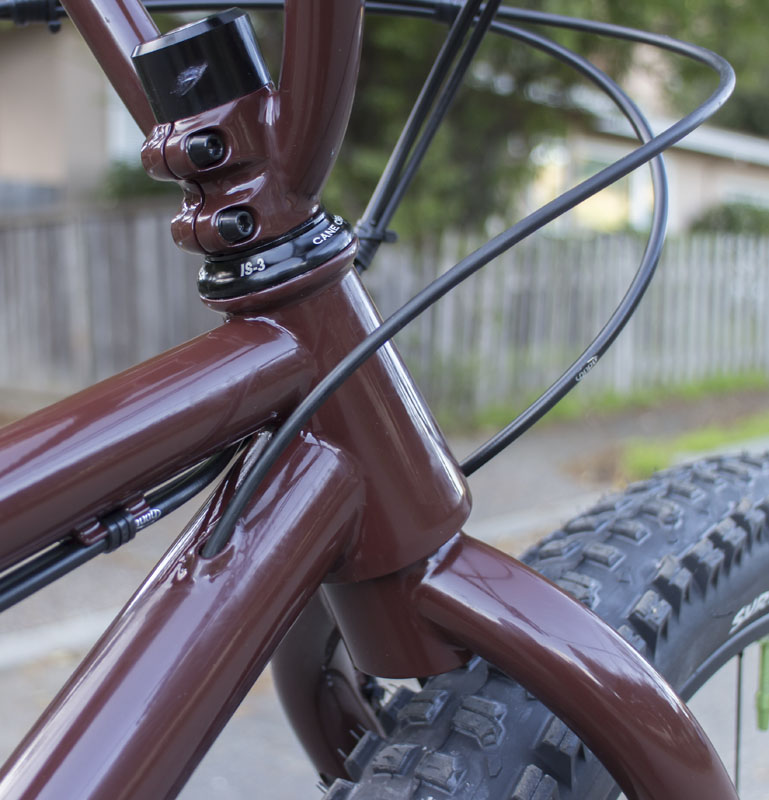 While machined head tubes are very nice they aren’t always the right solution. There are two problems. Firstly, I’m looking for a more flexible system for headtubes again. Something that I can cut to any length that comes up. Secondly, I’m not thrilled with having to order machined tubes so long before they are needed. This locks in designs much earlier than they should be.

I’ve done modular headtubes in the past. Early in 2008 I did an IS design that I used for a while when straight 1 1/8″ steerers were still a thing. Of course, the world kept changing. Bikes changed. Forks changed. I changed. I moved on to different things. 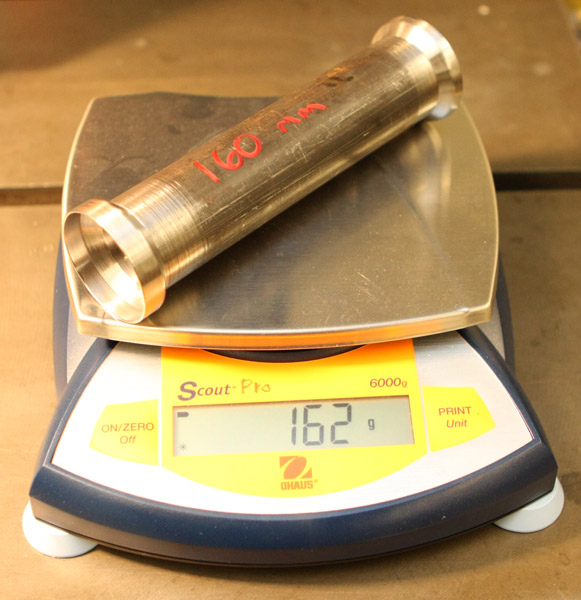 Certainly, none of this is really new. When I worked at Fat City Cycles back in 1990 we were pressing rings into oversized tubes to make the legendary Yo Eddy! frames. These were super trick back when mountain bikes used 1″ steerers.

Head tubes for tapered forks are challenging to do right. Most solutions are compromises of some sort. I’ve been dealing with those of the machined variety for so long that I wanted to mix it up and see what was going on in the modular realm.

My friends over at Firefly Bicycles in Boston had started doing a modular tube for their bikes a few years ago. When they were being designed and prototyped, I talked with Tyler about them. I wasn’t excited. They solved the problem but they pushed me the wrong way. I didn’t like the look. 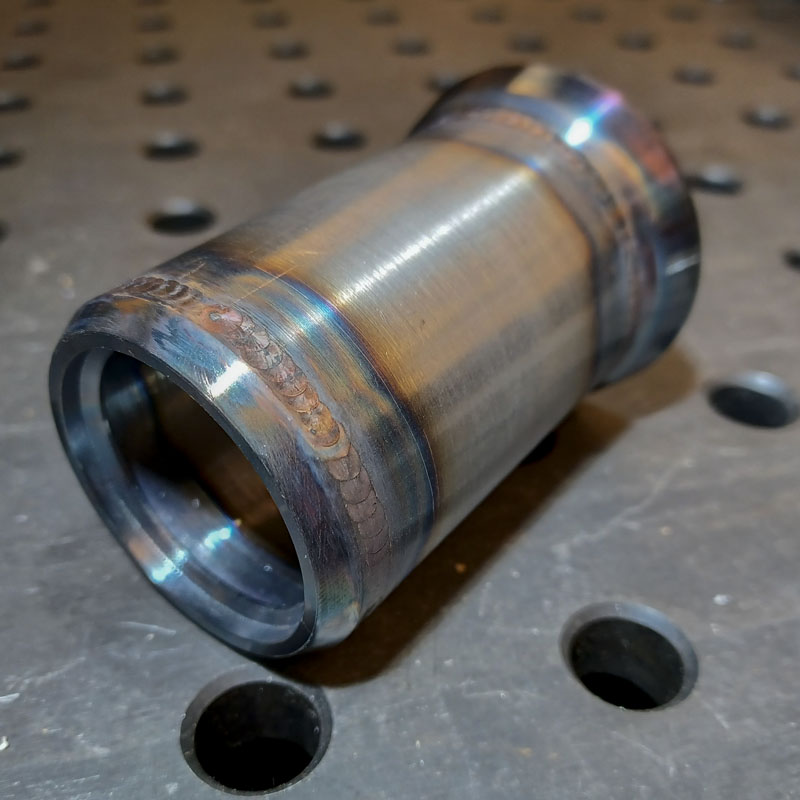 As time went by, I got more and more comfortable with how those Firefly head tubes looked and how they solved the problem. I decided during a visit with them that I may need to riff on what they had. Dig into it and figure out how to get what I wanted from the concept.

I sat down for a few hours. I stared and stared. Then I started seeing it. What it was that I had missed in the translation from my earlier designs to theirs. I dug in even deeper and came up with something that I honestly liked. 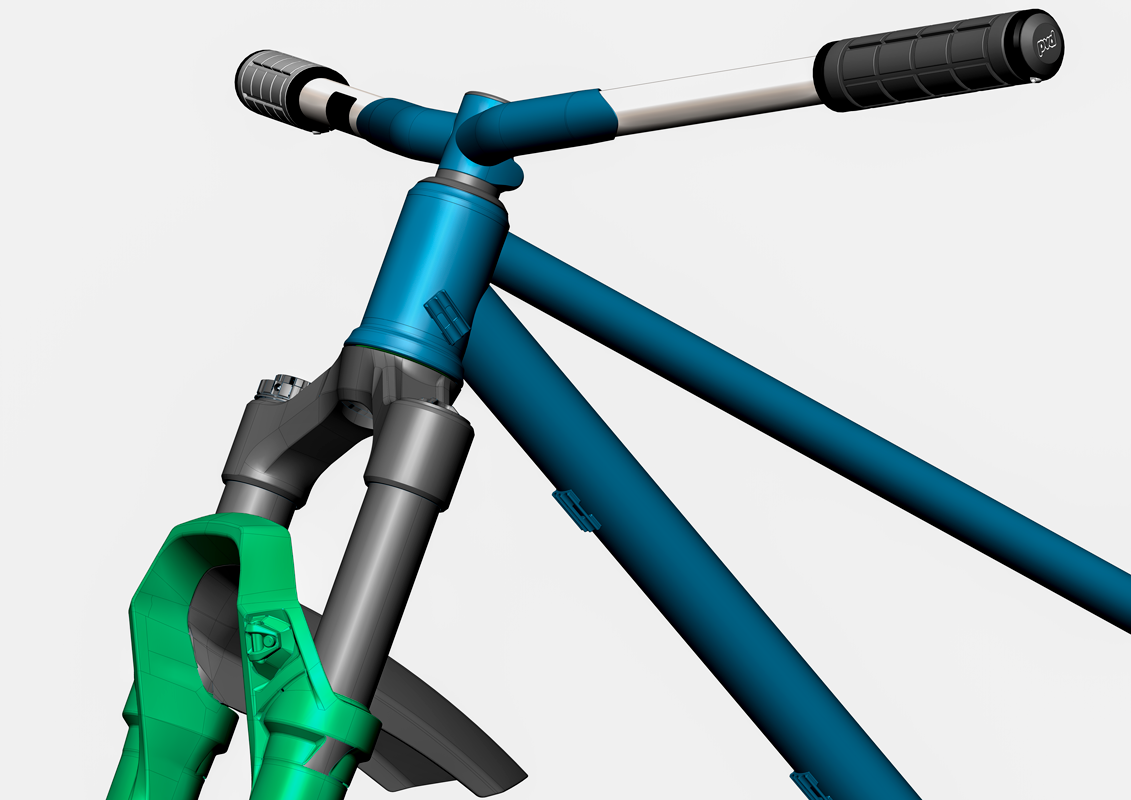 You can see that there is a different lower cup for all road than MTB. That helps the frame blend into the suspension fork. Current suspension forks have a very large crown race seat area that needs to transition to the frame. This, nearly 60mm diameter, makes machined MTB head tubes dramatically more expensive and arduous than I would like.

This print is for the CNC version that I hope to get cut for me. It’s a lot more elegant than the manual version. I also made a couple refinements in the design after going through the prototype that I’ll use on this bike. 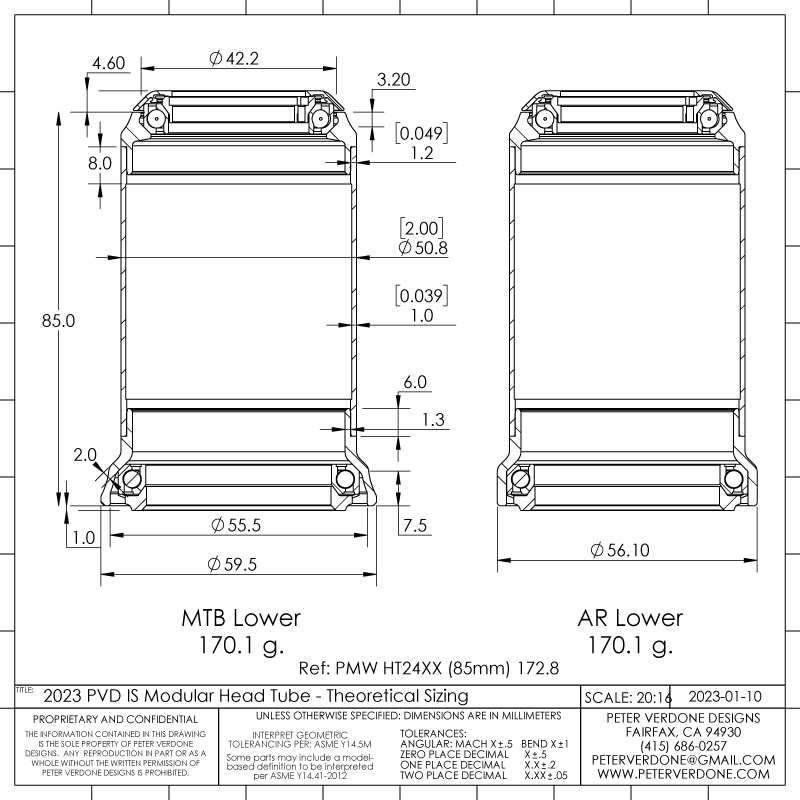 The photos of the welded tube here don’t do it justice. These are raw photos, just after welding. The tube looks a lot nicer in person and will look great when painted.