I did a quick photo shoot on Sunday morning. It’s a tree jump/ride outside of Deer Park in Fairfax. It’s got just enough ramp into the tree to make it up the stump but it goes quite steep very quickly. Approach can be done at a quick speed and it’s a fairly smooth entry. The base of the tree is raised a couple feet from the road and it’s a big tree base so I feel like I’m going very high in the air. I do the hit on my way back from long mountain bike rides but I’m usually pretty tired at that point, on wagon wheels, and don’t have it in me to session. I was looking for an excuse for a special trip. 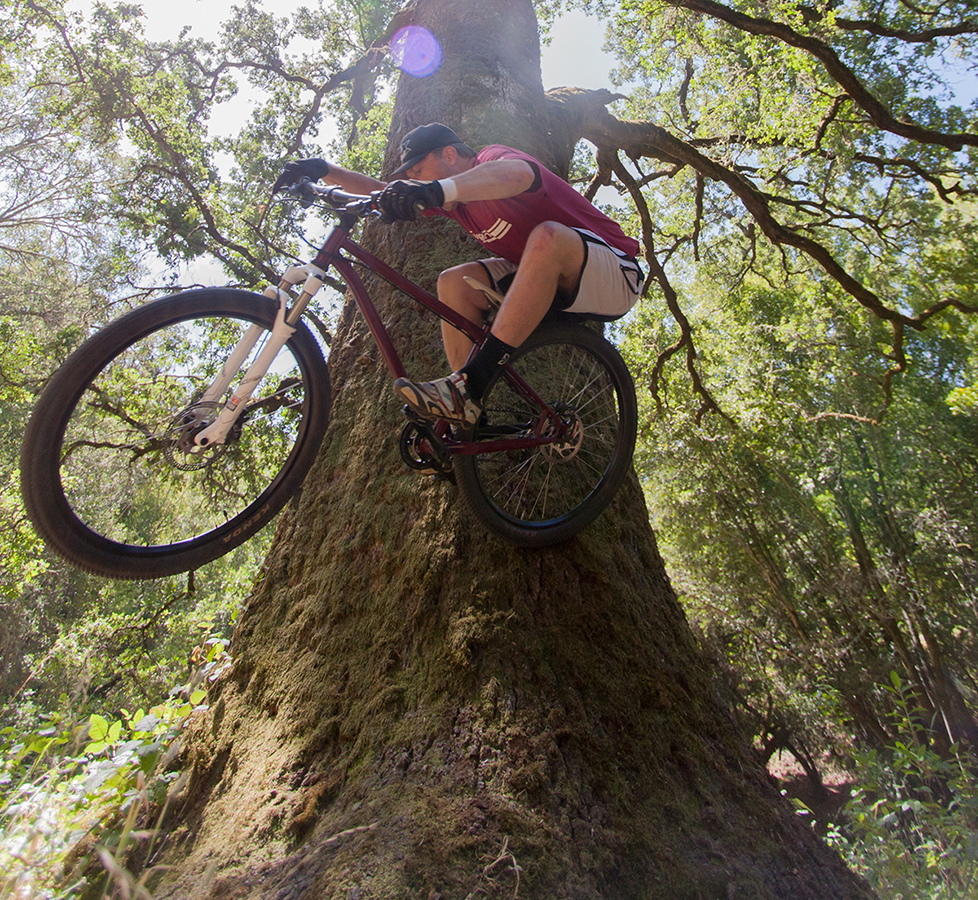 I really wasn’t hitting the trick right this day. I was running from the tree rather than attacking it and it shows. In skateboarding I term ‘running from the coping’ what a rider does that is scared to 100% commit to it. To kill the coping. They can’t get much done and fall right off. I was shying away from going really big today. Argh! I’m not going as high as I can and doing more of a jump than a pivot than I prefer. Another time, I’ll be in the right zone.

Another issue was having an inexperience hand holding the camera and an old 1GB card that only had 56 JPG/RAW shots available. Hopefully, next time I’ll be prepared with a much larger card. A light bounce card would have really helped. The shot was right into the morning sunlight which made for a cool effect but forced me to push the image hard in post to get shadow detail. I was using my old Canon 40D with a Canon EF-S 10-22 lens. It’s a 10MP DSLR that snaps at 6.5 FPS. Shooting at 10mm for the nice wide angle view is standard for this kind of shot. It doesn’t fire very fast and isn’t up to what modern cameras can do in lower light (ISO1600) but it’s pretty rad otherwise.

I’d love to upgrade to used Canon 70D when I can find a deal. 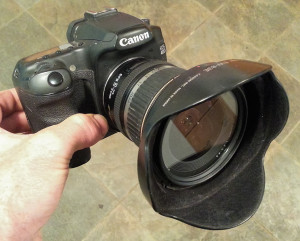 Still, I’m happy to get some shots of this hit. It’s really fun when it works out. I’d love to get some more shots on the mountain but most of the good places aren’t really the best for shooting as they are pretty much outlaw and out of the way.

Of course, we dream of doing what Danny Macaskill can do with this stuff. See the gigantic fakie and flair on another tree.