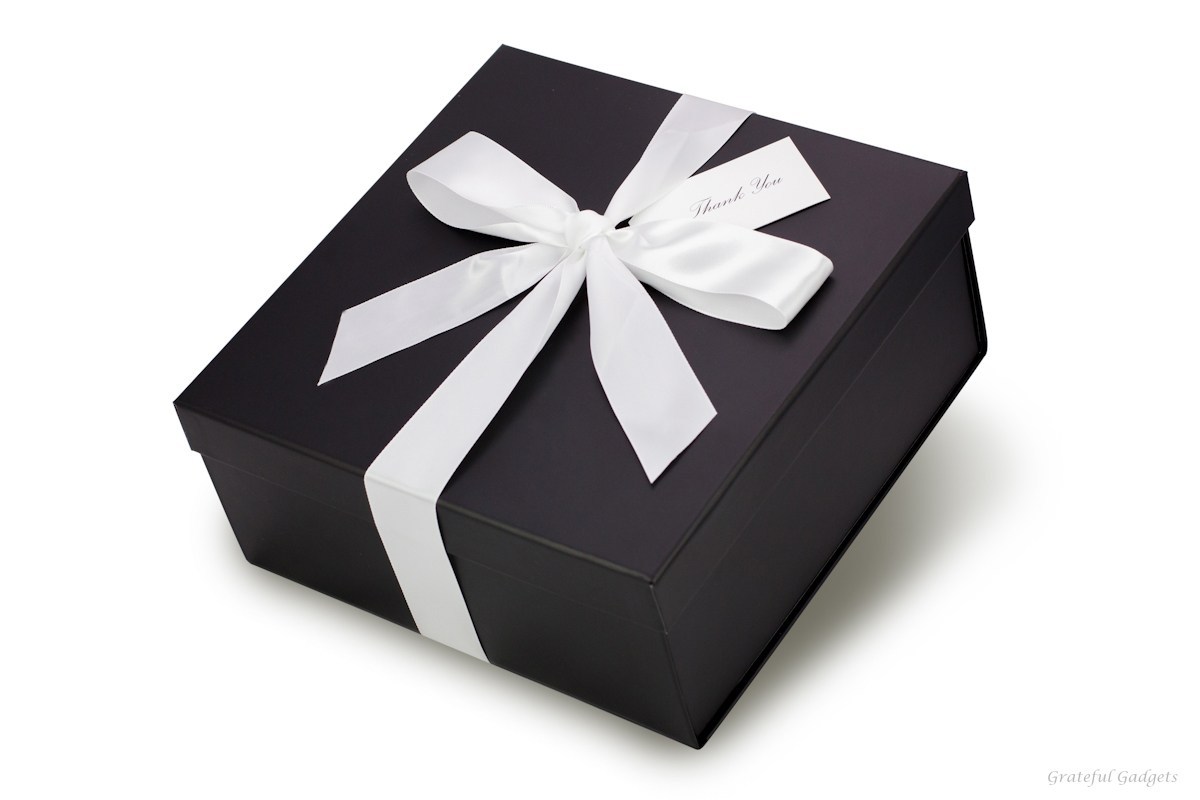 We don’t get gifts in life. The golden ticket or silver bullet are things of fantasy. You’re not going to get ‘discovered’ while walking down the street. You’re not going to ‘invent’ a world changing thing casually after dinner on a Thursday. Success in life is, most often, slow and painful.

In the real world we can’t expect to do well in anything without working hard. Everything takes a lot of hard work. To do better than everyone else, we need to work amazingly harder, get luckier, be born better. Some people fail. They get unlucky. They don’t do the work. They don’t have talent. This is how everything in life works.

This is part of the law of diminishing returns. After a certain point, the more performance you want, you have to work exponentially harder to achieve it.

We can manage this. An important understanding for folk is how much we put into our work. How do we gauge our efforts and expected outcomes? For what we are putting in, do we get back the expected amount? Are we being honest or delusional? 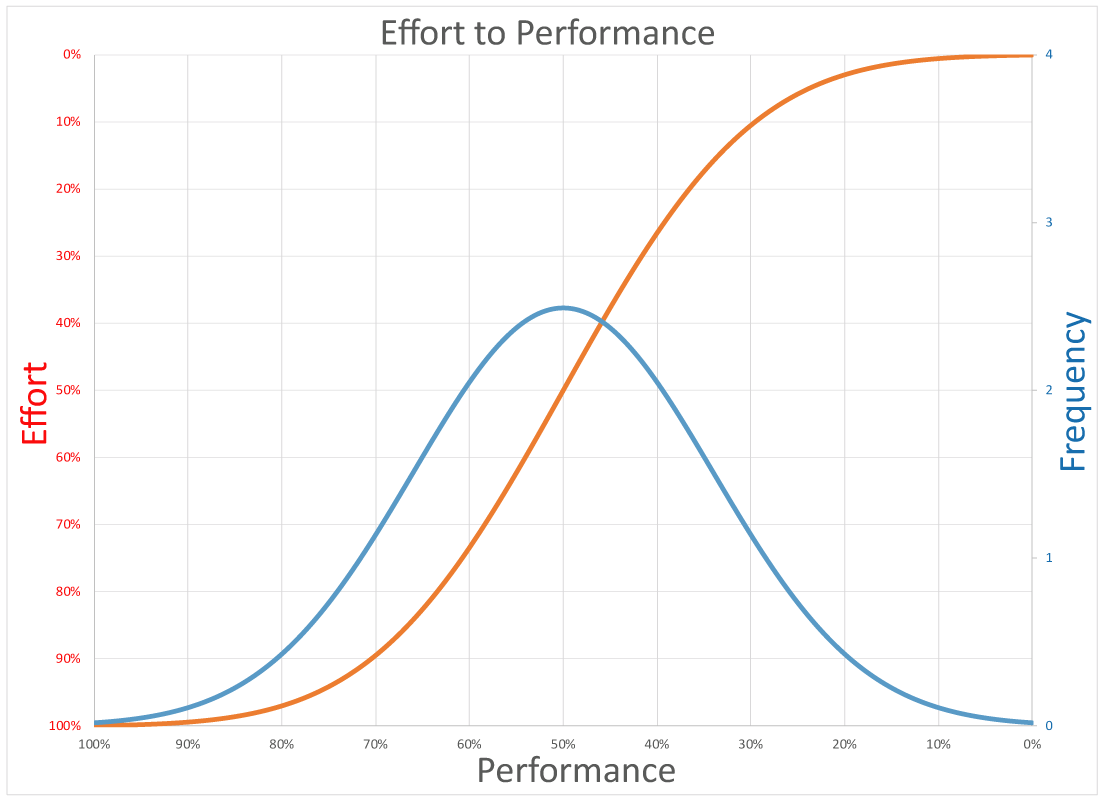 I’ve written in the past about how we can look at racing results in a useful way for understanding our performance. This is a bit different from the theoretical model above. A race is not a general population. People who show up to races are very intentional about doing so. The practice and train, some are paid to attend. This skews the results. Most people are doing very good. Some people do very poorly. Racers should be looking at curves like this to best understand what really happened in the race and if they were special. I know none that do. Most will just look at a ranking sheet and be done with the analysis. 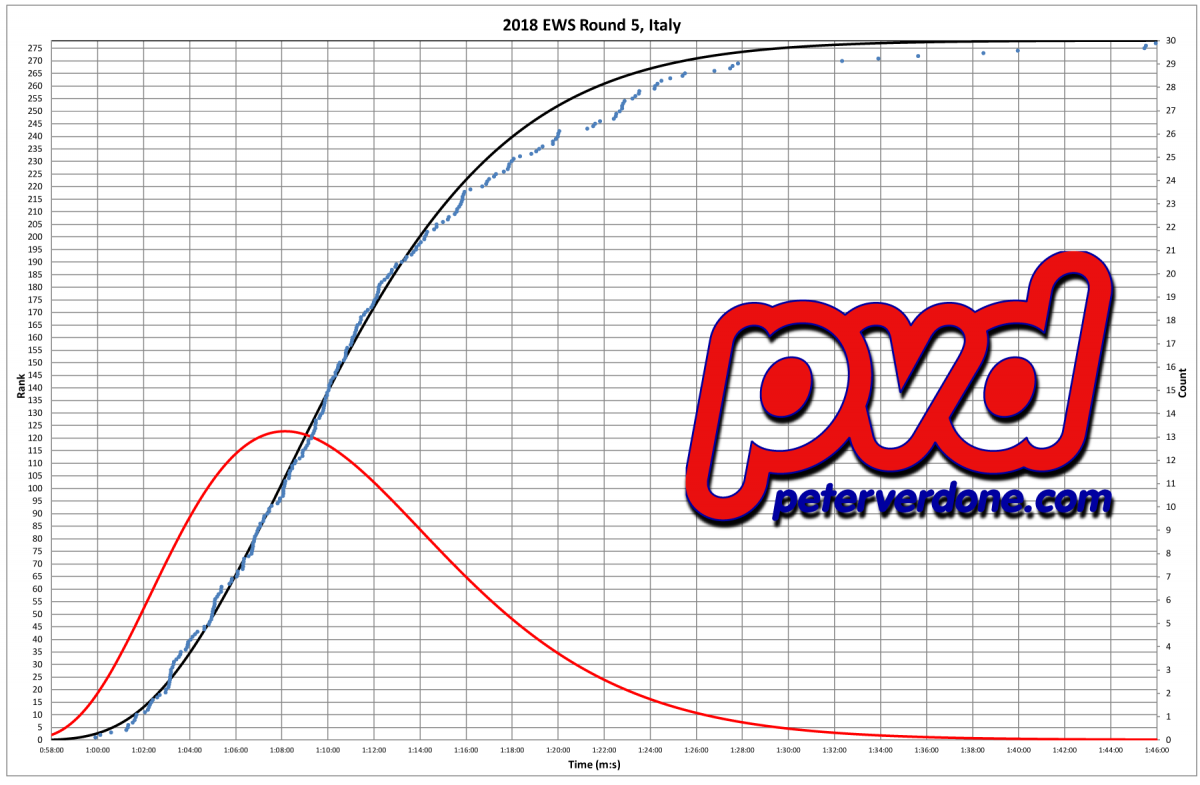 A reasonable person makes good choices in life. They have to decide about where their effort goes and where it doesn’t. This is generally called “work/life balance”. You can be good at something with a sensible amount of effort. Most people can be good at many things. To be great, or better than anyone else, it’s going to come at a significant cost. You could lose everything….or win.