It had happened again.

I had locked myself out of my car again at the start of a ride. This time over at China Camp. It happens to all folks. It sucks. What made this day special was that I had everything I needed to ride but my CamelBack and helmet were both locked inside the car. Since we were expecting rain, I had a helmet cover in my hand. For this reason, I spent the rest of the ride with this on my head like a shower cap preying that I didn’t strike my head on a low branch in the singletrack.

It shouldn’t happen though. A spare key can be hidden on the vehicle. Anywhere really. It’s not a hard thing to do. Why hadn’t I had this? Because the horrible little ‘hide-a-key’ boxes with the limp magnetic strip on the back are so shitty and cheap that I could never force myself to use one. 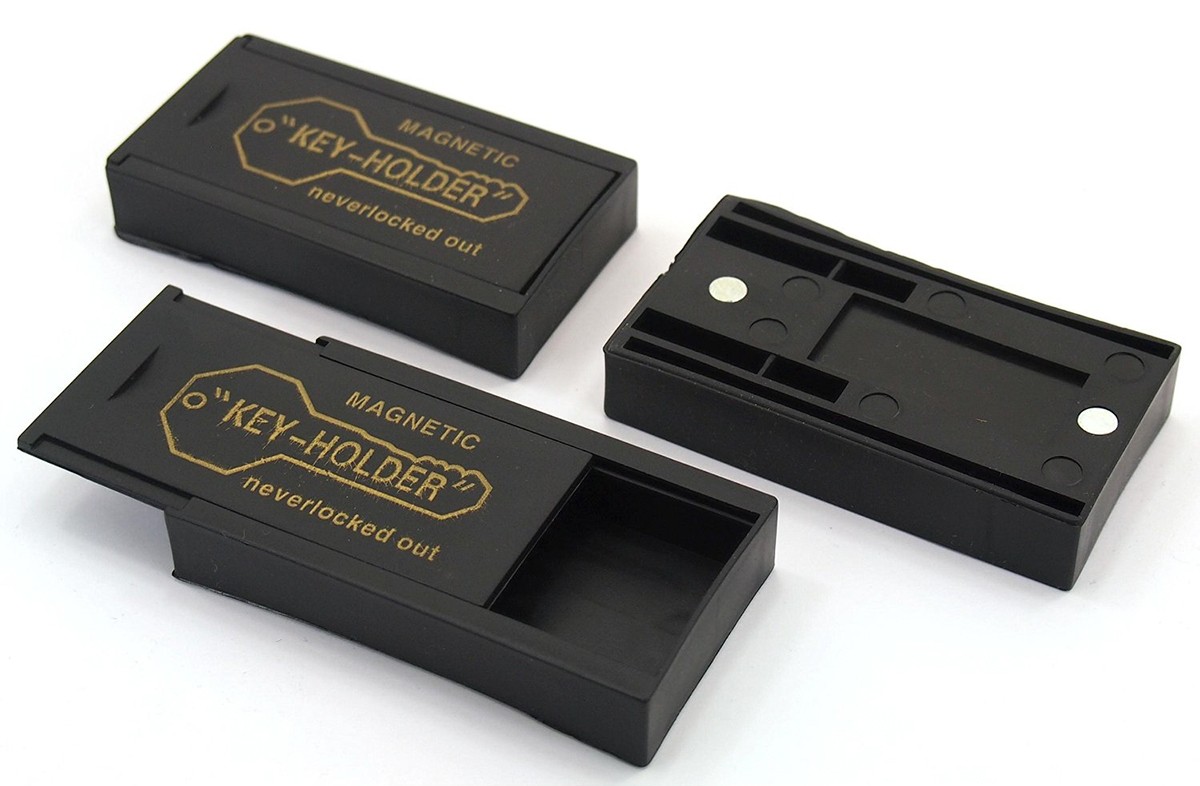 I figured that if I used the crappy black box, the next time I looked for it, it would be gone. Or broken open. I just had zero faith.

I thought about my problem. A better box! Yes! With better magnets! Yes! On the surface, this was a great idea. More is better and better is baller. In time, though, I realized that it was just lazy and bad engineering. The kind of engineering mistake we often make. I had started asking myself the right questions… What was the problem I was looking to solve? Have a hidden key on the car so I don’t have to walk home. Did I need a box? No. Just a key. Simple. I needed a key with a magnet on it. Simple.

A key is made of plated brass. It doesn’t need protection from the elements. Or at least, not in the time scale we have in using a hidden key. We don’t need a box. Just a key and a magnet. If this is a concern, a thin coat of wax or marine grease will protect the key for several years.

I made a few key copies (Strattec 692063). I cut the head down to match the magnets in size, 3/4″. Looking back, I could have cut the head down a lot more and the result would have been nicer. The magnets are 23 LB Holding Power Neodymium Cup Magnet w/ Female Threaded Stud MCHN-20FT. Yes. 23 POUNDS! These things are tough and powerful.

Problem solved. Gotta always go to first principles! Not only is this setup much smaller and easier to hide, it can be stuck up in hot areas where plastic would melt. The high power magnet means it can be affixed to un-sprung parts. So much better.