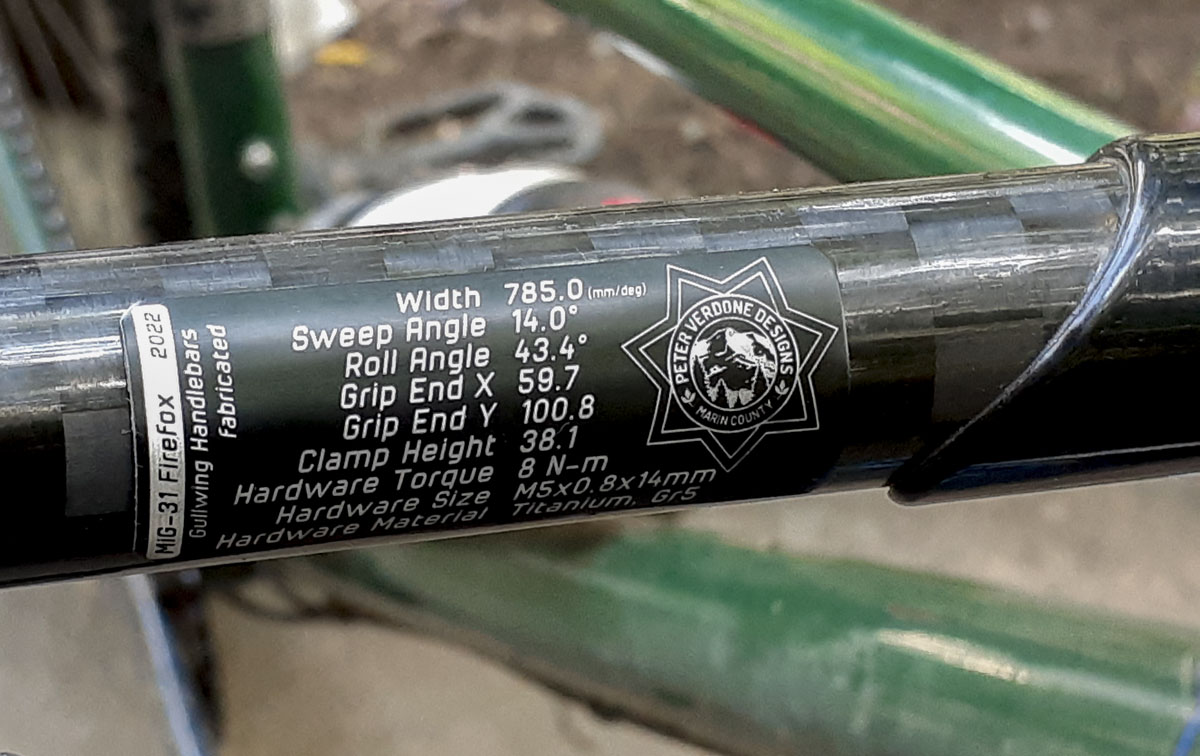 Last week while in Santa Cruz for the Caletti Open House, I got to take a quick ride at UCSC before heading over to John’s shop.

At the top of U-Con by the kiosk before entering Rock and Roll, I got to talking with a bunch of guys. They took interest in the bike that I’m riding, the PVD MiG-31 Firefox. Questions start coming fast and furious. “What’s the head angle?”, “Did you make those bars?”, “Who do you think you are?”… 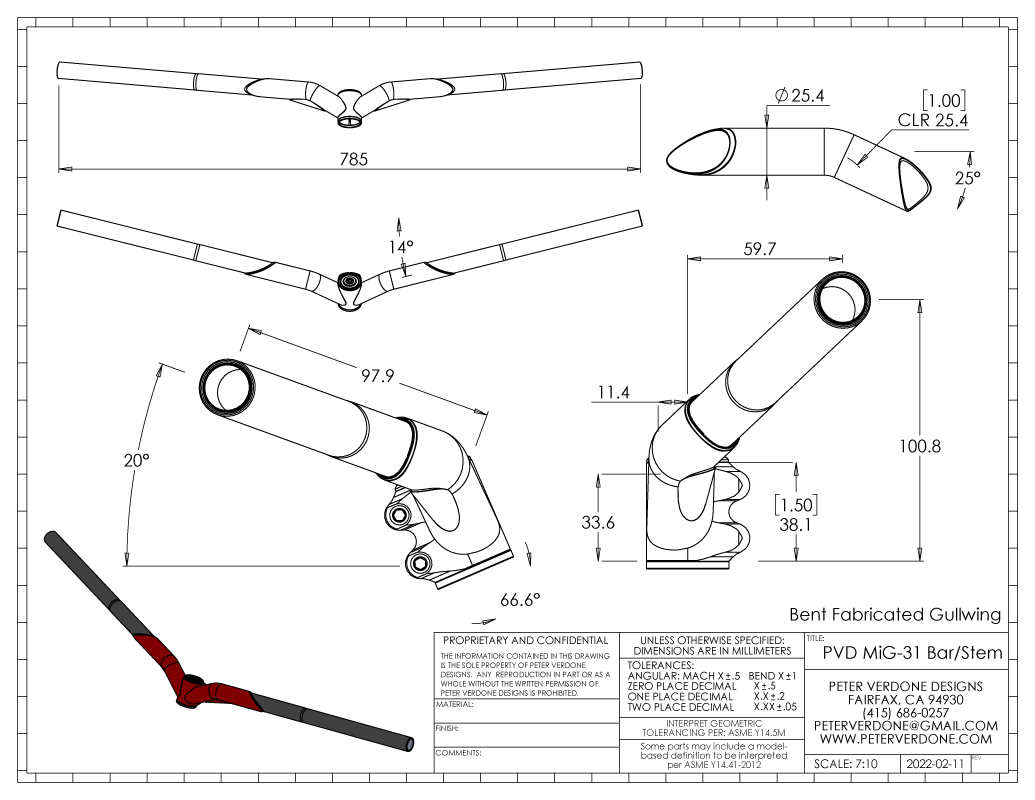 I hand the bike to one of the bros to take a look at. He lifts it up. He’s seeing how much it weighs. This is Bike Noob 101 stuff. “Bro, ride it.” I say. He was confused. “I built it to ride, not to weigh.” I convince him to take a quick spin up the trail a bit and back. This always takes convincing. They usually only want to weigh the bike. A strange fascination.

I was explaining the geometry to him and why it was important. In trying to clear up his misconception about meaningful parameters and why the upper headset isn’t an important detail, I stumbled. I was trying to make it very clear why we care so much about the hand grips. But I wasn’t showing that on the bike. I had no data on the bike for the hand grips.

While I have a very clear and specific data plate for my frame right on it, I don’t have a way on the bike that describes where the grips are. This is a problem as the grips and the front wheel are the two major things that we care about at the front of the bike.

I realized, right then, that what I needed was a data plate for the handlebar. That would specifically described where the other plate leaves off. I’m five years or so into basing my bikes around very highly customized handlebar/stem system. These required a reinterpretation of what goes on for this part of the bike as I’ve discussed numerously. 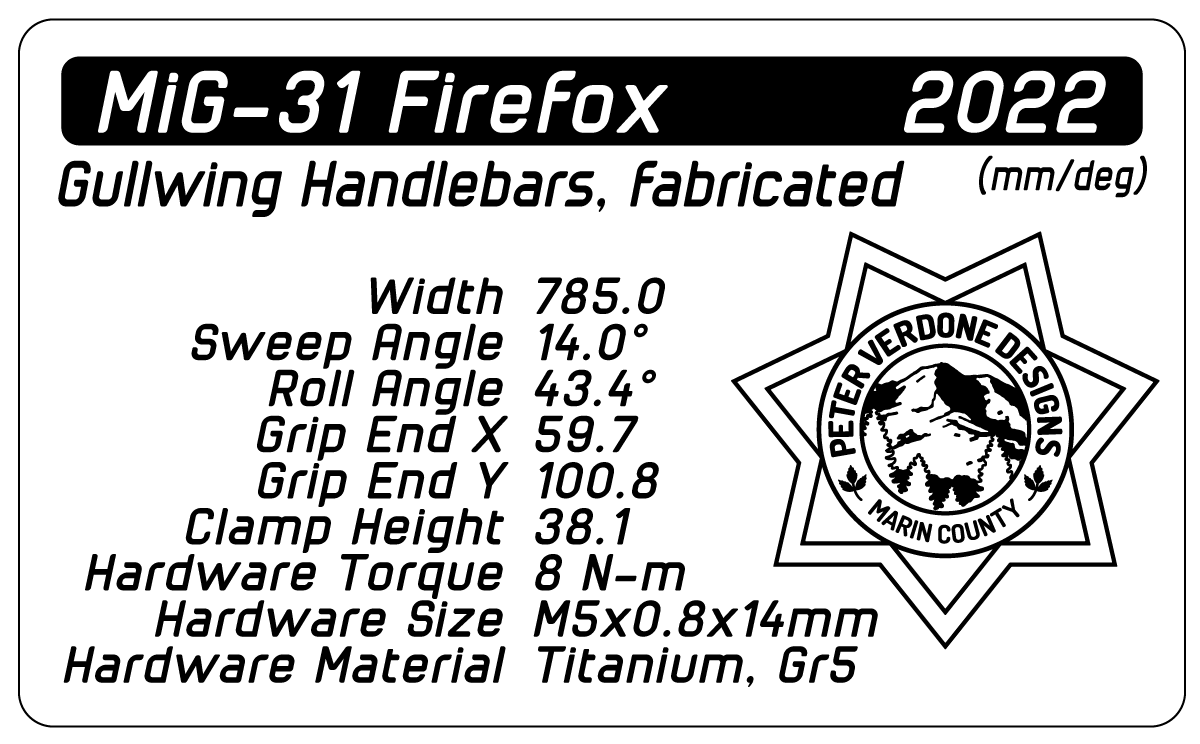 This is the early stages of this design 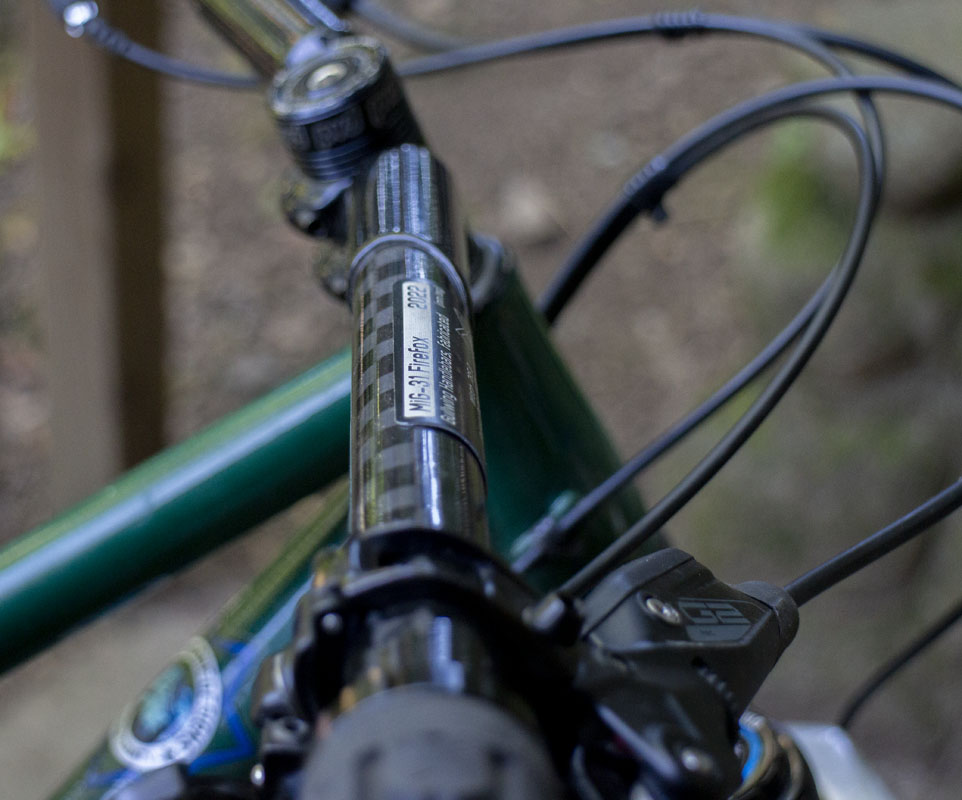 Just as any frame produced should have a meaningful data plate, it should also be done for bars and stems. More so, it should definitely be done for bar/stem combinations as they are often sold with meaningless descriptions. This is critical if meaningful discussions of bike geometry are to happen.

After some time I was able to obtain some 50.1mm x 20mm plates and revised the graphic to fit.

This fits the scale of the handlebars far better than the previous iteration. 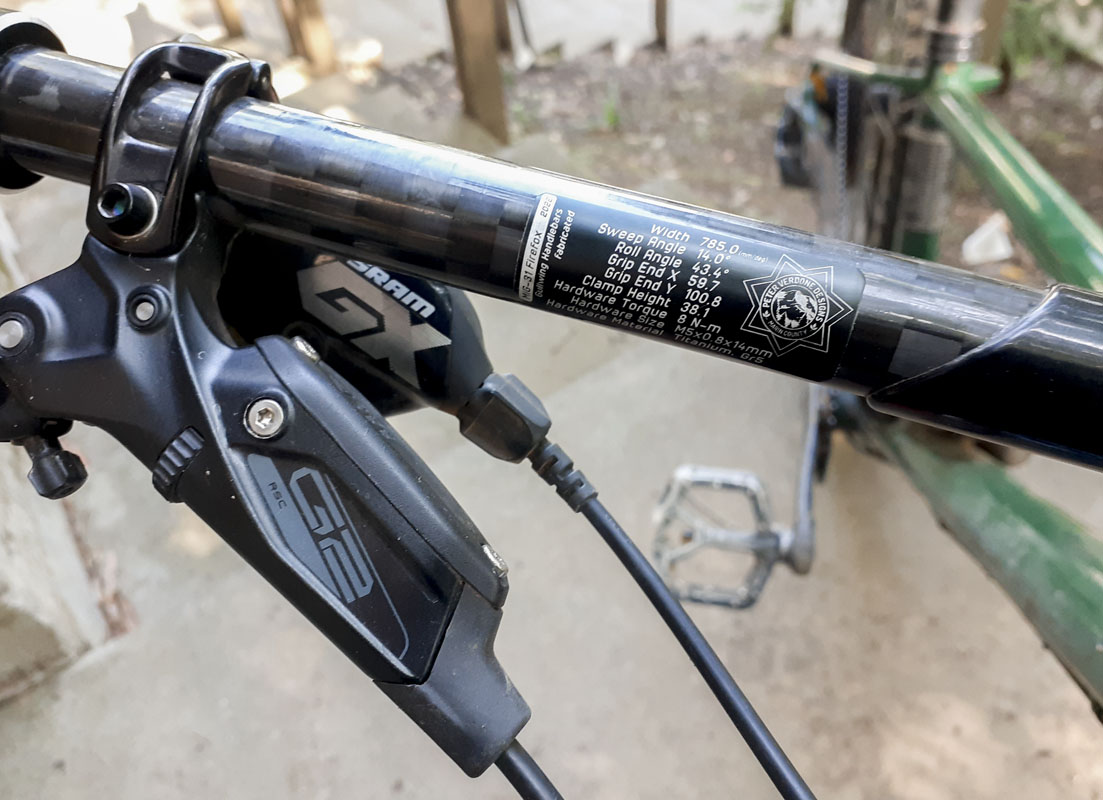 Below is the current iteration of my frame data plate. They have evolved a bit since I first started producing them. Notice that it has all of the information that a rider would need to choose it, a fitter to fit it, a builder to replicate it, and a technician to assemble it. It took a while to get here but after a few years, here it is. 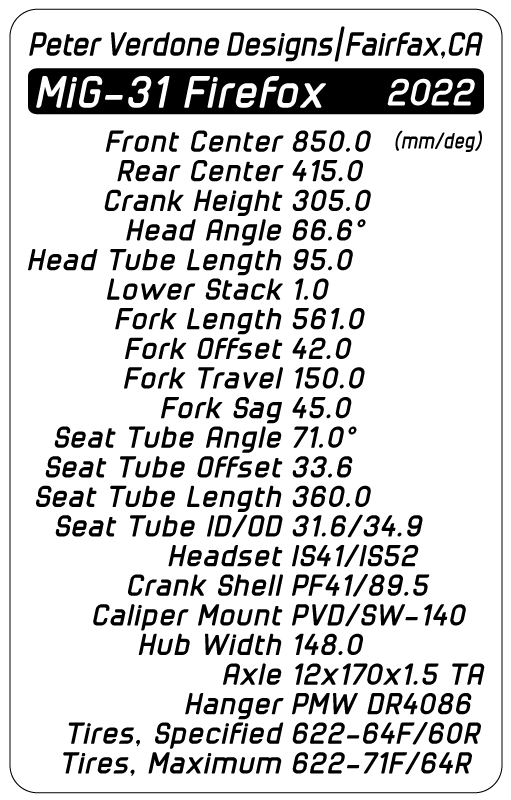 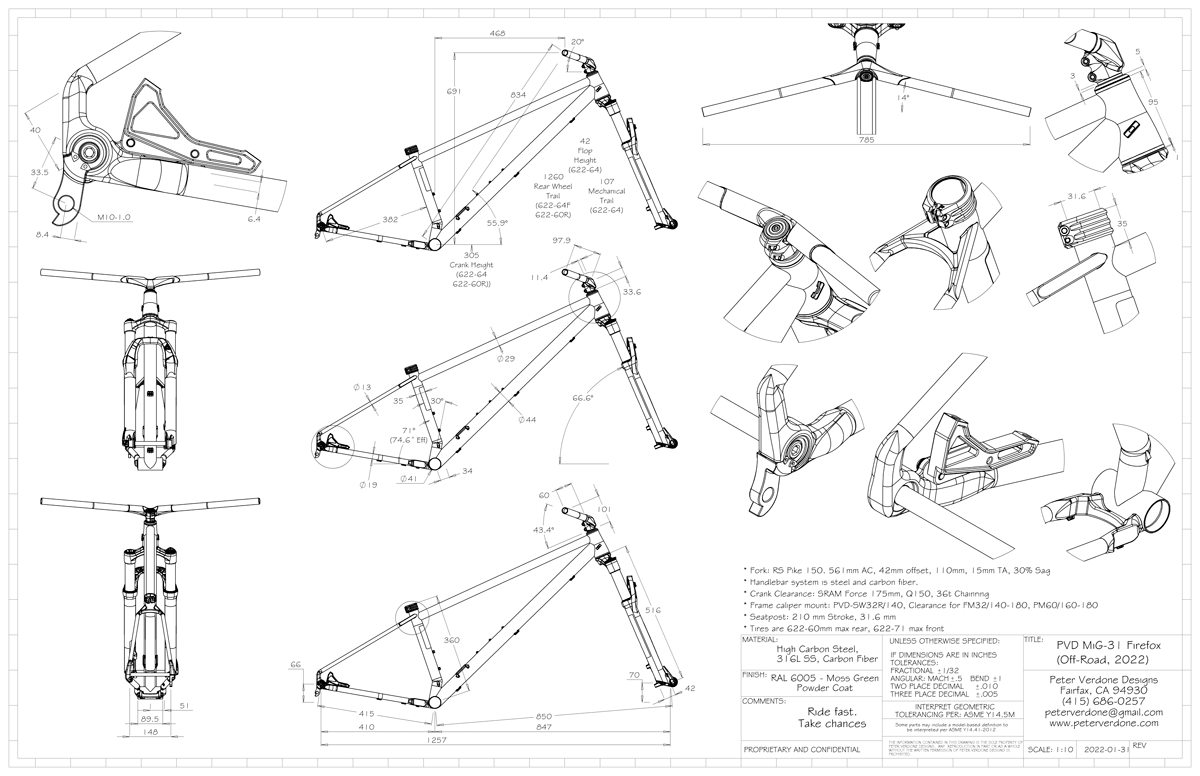